The NDP's role in Canada's Coalition of Hate

Histrionic fury was the union response to Bill C-377, the Private Member's Bill calling for transparency in Union spending in Canada. Unions are exempt from taxes and despite the spurious claims of union bosses, very few of the rank-and-file membership are ever told how much and on what their dues money is spent.

More often than not, it's not through the unions but the media that Public Service union members learn of the bizarrely radical causes upon which union bosses bestow money culled from workers' compulsory dues payments.

As a former public service union member, I was never told how my dues money was spent and had I known then what I know now, I would have been outraged.

Delegations to Cuba and Venezuela to support the kind of socialism enforced by dictators like Castro and Chavez and envisioned by the union bosses, money to aid radical groups enabling Palestinian terrorists, and funding for fanatical domestic groups that engage in political violence and intimidation are all funded by Canadian Public Service unions.

It's hardly a surprise that unions and their subservient  political party, the NDP, fought tooth-and-nail against legislation that would let the average union member see how their money was being misappropriated. 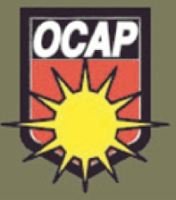 The relationship between the unions, the NDP and violent radicals is easy to trace.

The Canadian Union of Public Employees (CUPE), the largest public sector union, is one of the principle funders of the violent anti-Capitalist group, the Ontario Coalition Against Poverty (OCAP).

On the CUPE website, a joint press release between the union and that violent organization that actively promotes "class warfare"  makes increased cooperation between the groups clear. The statement quotes OCAP's hysterical, foul-mouthed spokesperson Liisa Schofield who, as it happens, is intimately involved with the notorious author of an anti-Jewish thesis. Schofield is the same-sex partner of Jenny Peto, whose Masters Thesis for the Ontario Institute for Studies in Education was condemned in the Ontario Legislature for its anti-Semitism.

The fanatical anti-Israel activist Peto is also one of the founders of a group devoted to opposing efforts by Toronto mayor Rob Ford to rein in the city's out-of-control spending.

The relationship between these radical groups, all of which have ties to the New Democratic Party, is being extolled by that political party's think-tank, The Broadbent Institute.

David McNally, a York University professor who is a denizen of fanatical anti-Capitalist, anti-western causes, is also affiliated with the NDP's think tank.

He wrote for the Broadbent Institute that the cooperation between CUPE and OCAP  "has been a genuine example of a community-labour alliance that transcends conventional collective bargaining. By creating an authentic and activist solidarity between poor people and trade unionists it offers a refreshing alternative to business style unionism."

What that would seem to indicate is that The New Democratic Party wants to play a stronger role in an emerging type of hateful activism. That activism seeks to set classes against each other, to destroy a Jewish homeland in the middle east, to encourage the decline of western liberal democracies, and to eliminate the average person's rights to economic self-determination in favor of authoritarian state-control.

If these hateful fanatics get their wish, it may be good for predatory public union bosses, for radical activists salivating for violent revolution, and for the New Democratic Party, but it would most certainly be bad for everyone else.

the NDP are a pro-union, government growing, economy failing political party. Carol was a terrible leader, all she did was complain while smiling, Dix has stolen from tax payers, when he lied on the Liberal's financial issue. he was let go by the NDP and given $70K....and people think the NDP will improve our province??? yeah, i can guarantee that once the NDP take the reins, the first thing they will do is say the Liberals lied about the debt and how it's worse and they have no choice but to raise taxes/fees. the worse is all of the parties do the same, the Liberals complained the NDP lied about the budget when the liberals took over....the ones getting scr**ed are the tax payers, all of us. there are no real options, the Liberals have problems, the NDP are communists and there are very few Conservatives and the green party is a tiny group of hopers....they hope one of them gets voted in.