About to begin. Levin and lawyer Clayton Ruby in house. Looks like @SunNewsNetwork is the only media here excluding an independent blogger.
— Faith Goldy ن (@FaithGoldy) November 26, 2014


Today was the opening day of what is scheduled to be a three-day preliminary hearing for Ben Levin who was charged with multiple counts of possession, distribution and creation of child pornography, as well as conspiring to commit sexual assault.

Levin is the Ontario Institute for Studies in Education professor who had been Kathleen Wynne's hand-chosen Deputy Minister while she was Minister of Education in the McGuinty government. It was during Wynne's time as Education Minister that Levin shepherded the formation of a public school curriculum that stirred up so much outrage due to it's sexualized content aimed at very young children that Dalton McGuinty withdrew it.

Now that Wynne is Premier, she is set to reintroduce a new sex-ed curriculum which is widely anticipated to be the one she and Levin had hoped to impose on children four years ago.

And for some reason, the mainstream media has chosen to completely ignore what is going on with Levin's hearing today. The only news organization reporter at the hearing is Sun News' Faith Goldy along with one lone, independent blogger.

The attorney representing Ben Levin is Clayton Ruby. Despite his lack of success representing plaintiffs in what many saw as nuisance suits against outgoing Toronto mayor Rob Ford, Ruby is considered to be one of the best criminal trial lawyers in Canada. There are many instances where Ruby has secured acquittals for his clients who appeared to be obviously guilty in the face of overwhelming evidence against them. Those rulings are a testament to Ruby's deft skill as a criminal defense lawyer.

Having been through a political campaign myself recently, one thing that was striking about the process and relationship between the media and the news is the absolute incompetence and stupidity of a great many of Toronto's mainstream media "journalists." They often frame the news in a way that serves political parties and politicians they like while sycophantically going out of their way to manipulate some data and completely ignore facts that would tarnish the politicians they prefer.

In particular, there are reporters at Global News, the CBC, The Toronto Star, and CP24 who act as stenographers for their political friends.

Fortunately there are other media sources like Sun News and blogs where people can find more comprehensive, and more honest reporting than one gets from the lazy incompetents in the mainstream media.

UPDATE: Following a motion from the defense, the Ben Levin hearing will move directly to trial. Levin has pleaded Not Guilty and the judge has ordered a publication ban on evidence and testimony in court to protect the witnesses. The proceedings will recommence on Friday. 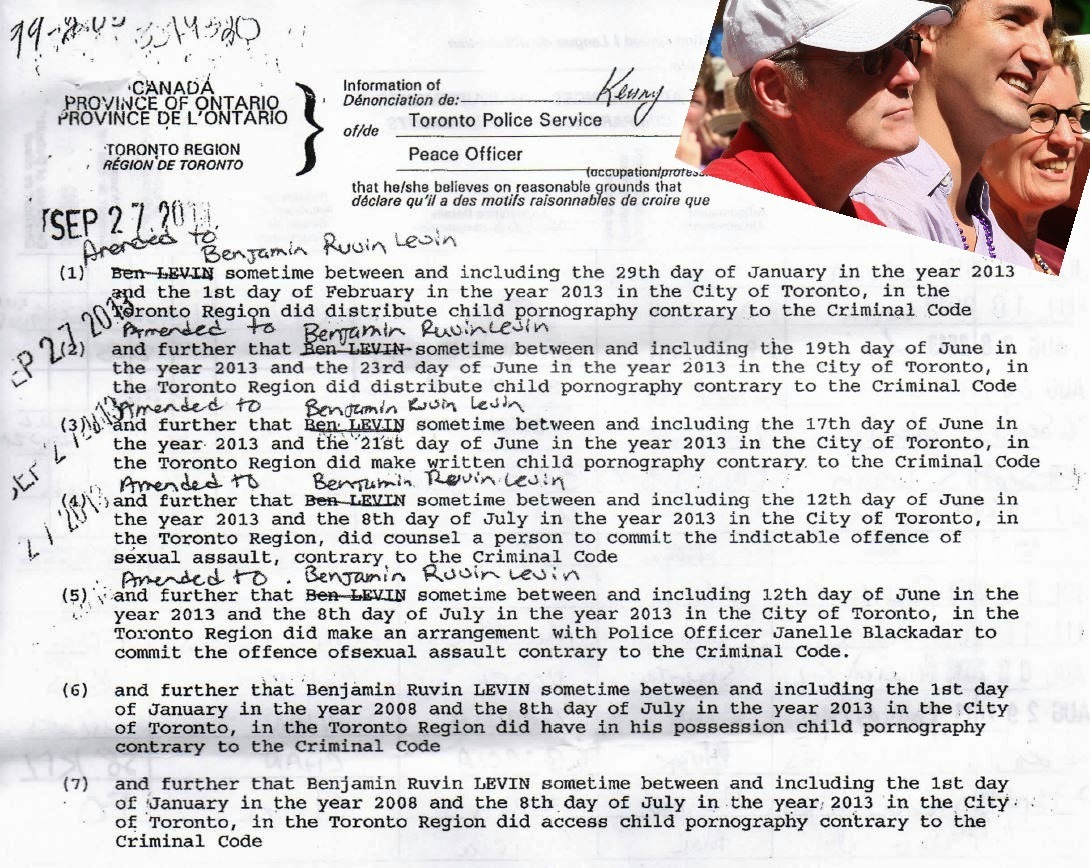 You act surprised that journalists act as paid shills. It doesn't even matter that any given journalist is self-censoring or intentionally manipulating articles based on the editor's political slant. The reality is that media companies employ journalists that present the desired world view and dismiss all others. This is not a new phenomenon.

Whatever happened to the presumption of innocence?