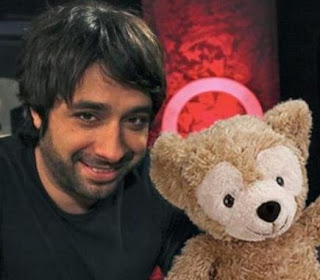 There are a lot of serious crimes that Toronto police, courts, and prosecutors have to deal with every day. Thousands of sexual offences were reported to police last year in Toronto, which also saw four murders just this past weekend, as gun violence has been mounting in the city since John Tory became its mayor in 2013.

Police investigations and prosecutions cost lots of taxpayer money and eat up resources. So when the Crown Attorney decides to pursue frivolous cases involving minor matters to make a social or political point, for a variety of reasons, the public has a right to demand an explanation.

Perhaps the most glaring of these recent abuses was the trial of Gregory Alan Elliott, in the notorious Twitter trial. Elliott faced a two year legal battle that cost taxpayers a mountain of cash for simply engaging in a twitter fight with a pair of radical feminists. Even the prosecution and police acknowledged that Elliott hadn't threatened or sexually harassed the two women who filed criminal charges against him. In fact, Elliott hadn't even violated twitter's terms of service. The exchanges between Elliott and his accusers show all the parties involved being obnoxious and insulting. But part of the grounds for the Crown's case against Elliott was, quite literally, that he had the temerity to use the same twitter hashtag as two strident feminists who had commenced an online campaign against him.  However the feminists in question have a very cozy relationship with some senior Toronto Police officials and with some leftist city councilors and left-wing media figures.

You don't have to be Oliver Wendell Holmes to realize that such a prosecution not only didn't have a reasonable chance of conviction, but it was also idiotic and a political abuse of the justice system. Beyond that, Elliott's prosecution was a trial balloon for a state-sponsored attack on Canadians' free speech rights.  That abuse cost Ontario taxpayers figures that may reach into the hundreds of thousands of dollars, if not more.

For different reasons, the trial of Jian Ghomeshi is equally troubling. Sexual assault is a deplorable crime and we have every reason as a society to punish it severely. Like many observers of the circumstances surrounding events leading to the Jian Ghomeshi trial, I find his behavior appalling.

Ghomeshi had been accused of hitting women with whom he was romantically linked and of harassing and abusing staff at the CBC.

He was an entitled prima donna, whose imperious arrogance was enabled by his superiors and the culture at the state broadcaster. In the wake of public revelations of his behavior,  Ghomeshi's former friends and colleagues, many of whom knew for years what he had been up to, scurried to denounce him faster than a Baath Party Official could implicate his own brother-in-law at one of Saddam Hussein's show trials.

One of the stranger aspects of the Ghomeshi controversy was how people immersed in sado-masochistic culture, including those in it who were the former CBC star's friends, became upset that he was casting their deranged sexual proclivities in a bad light.  How people who get pleasure from beating each other and who derive joy from having rods placed in their urethra could be made by Ghomeshi's case to look any more depraved than they already are escapes me. But that's another conversation. Because in the wake the of Ghomeshi's defense contention that the complainants consented to their abuse, sado-masochism as a lifestyle is also somewhat on trial.

When the story broke, Toronto's then-Police Chief, Bill Blair, cast a wide net to find more of Ghomeshi's victims. While there's no such thing as a "perfect victim," the Ghomeshi accusers turned out to be irredeemably flawed in that they kept vital information from police. Even if we give them the benefit of the doubt and assume they weren't deliberately lying in the witness box, Marie Henein, the defense counsel, proved that they weren't telling the truth about a great deal of their testimony.

Imagine if you went to police and told them someone hit and choked you. There's no documentation or medical evidence to support your allegation because you didn't think there was an injury significant enough that you needed to see a doctor about it. When they ask you when the attack happened, you tell them it took place 11 years ago, and it only just now occurred to you to press charges.

That's exactly the situation in the Ghomeshi case. The only reason the accusers in the Ghomeshi case weren't laughed out of the police station is because in the wake of so much bad publicity, the police and Crown attorney were actively seeking complaints against him. The reason these charges could go forward was that Ghomeshi was kissing the complainants prior to the alleged attacks, which elevated the charge from common assault, which has a statute of limitations, to sexual assault, which has none.

Sex crimes are horrible violations of the person, and often victims are frightened and intimidated by both their attacker and the legal process they have to endure to press charges. We have every reason to facilitate the laying of sexual assault charges involving rapes and sexual abuse. But am I the only one who thinks the charges in Ghomeshi's case are an abuse of the system?

In the months before the trial, twitter hashtags emerged, like #IbelieveLucy, in support of Ghomeshi accuser Lucy DeCoutere.

I believe Lucy too. I believe what she says about what Ghomeshi did, and I believe he's a violent, vile, manipulative creep. But I don't believe her beyond a reasonable doubt to the standard of a criminal conviction.  Hopefully, Ghomeshi will pay a penalty in that he will have lost the adulation and star status he so obviously craved. But that happened before the court case, and it's mystifying how the Crown could have decided to take such a weak case to trial.

So far, the only thing the Crown has proved beyond a reasonable doubt is that Ghomeshi is an asshole. But that's not an indictable offense.

In a criminal trial in which there is no physical evidence and the prosecution relies solely on the credibility of witness allegations, the defence has a right to challenge witness credibility and recollection. Indeed, in such a case, there can be very little other defense. Considering the glaring omissions including forgotten love letters and "romantic encounters" subsequent to the violence, the outlandish contradictions, and bizarre inconsistencies in the witnesses' testimonies, the Crown not only doesn't seem to have met the standard of proof necessary for conviction in a criminal case, but it's unlikely they would have won a civil case where just a preponderance of evidence is required. In the Ghomeshi trial, not only did all three complainants initiate contact with him after the alleged assaults, but they lied in court by first claiming under oath that they did not. It's also harder to be convincing that you aren't bringing charges against a famous person as an attention-seeking mechanism when you're actively courting publicists and the media in the wake of those charges. It's going to be next to impossible to convict someone on the basis of such witnesses who have annihilated their own credibility.

Much of the criticism of the trial proceedings come from people upset that the inconsistencies in the testimony, and in particular, the fact that the complainants continued to romantically engage with Ghomeshi after he abused them, is based on a misogynist belief that sexual assault victims "should behave a certain way."

But what's far more troubling than that is that those same critics seem to be advocating the total undermining of the foundation of our judicial system by creating a class of crime where a proper defense cannot be conducted and where a mere accusation can be grounds for criminal conviction. That the Crown would facilitate such a case at public expense is a disgrace.

If a man beats you up, then you should not continue to date him. That doesn't excuse the violence in any way. But it also means that if you're an adult and aggressively pursue a romantic relationship with someone who abuses you, people might reasonably conclude you are an eager, voluntary participant in the abuse.

That may sound harsh. But to the accusers and taxpayers who funded the farce in court the last few days, not nearly so harsh as the Not Guilty verdict the judge is likely to render in the Ghomeshi trial.

There is definitely something/someone wrong inside the ministry of the attorney general in Ontario. There was a mysterious letter written to the judge in the GAE case alleging a conspiracy to destroy Elliot that involved the T.O. police and someone inside the attorney generals office. These cases are shining a light on some very questionable practices. I wouldn't be surprised if it came out that there was a woman at a high level in the office with ideological motivations.