30 years ago, Trump told you how he was going to play the media the way he's playing them now 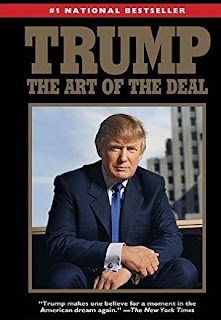 
One thing I’ve learned about the press is that they’re always hungry for a good story, and the more sensational the better. It’s in the nature of the job, and I understand that. The point is that if you are a little different, or a little outrageous, or if you do things that are bold or controversial, the press is going to write about you. I’ve always done things a little differently, I don’t mind controversy, and my deals tend to be somewhat ambitious. Also, I achieved a lot when I was very young, and I chose to live in a certain style. The result is that the press has always wanted to write about me.,,

...I’m not saying that [journalists] necessarily like me. Sometimes they write positively, and sometimes they write negatively. But from a pure business point of view, the benefits of being written about have far outweighed the drawbacks. It’s really quite simple. If I take a full-page ad in the New York Times to publicize a project, it might cost $40,000, and in any case, people tend to be skeptical about advertising. But if the New York Times writes even a moderately positive one-column story about one of my deals, it doesn’t cost me anything, and it’s worth a lot more than $40,000.

The funny thing is that even a critical story, which may be hurtful personally, can be very valuable to your business. Television City is a perfect example. When I bought the land in 1985, many people, even those on the West Side, didn’t realize that those one hundred acres existed. Then I announced I was going to build the world’s tallest building on the site. Instantly, it became a media event: the New York Times put it on the front page, Dan Rather announced it on the evening news, and George Will wrote a column about it in Newsweek. Every architecture critic had an opinion, and so did a lot of editorial writers. Not all of them liked the idea of the world’s tallest building. But the point is that we got a lot of attention, and that alone creates value. . . .

Most reporters, I find, have very little interest in exploring the substance of a detailed proposal for a development. They look instead for the sensational angle...