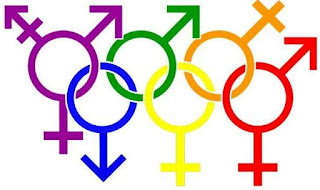 The following is the abstract of an academic paper by Professor Charlotta Stern of Stockholm University in which she identifies Gender Studies as a system which is oblivious to facts and instead relies on its own religious-like "Sacred Beliefs" which have no basis in science or reality:

In my experience as a sociologist, I see many ways in which gender sociology tends to insulate itself from challenges to its own sacred beliefs and sacred causes. The sacred beliefs are to the effect that the biological differences between the sexes are minor and that the cultural differences between the genders have little basis in biological differences. The scholarly findings that challenge the sacred beliefs come from anthropology, developmental psychology, evolutionary psychology, the neurosciences, genetics, biology, and many other fields. For many decades now researchers have amassed findings of differences in competitiveness, aggression, sexual interest, risk behavior, and many other traits, and differences in brain physiology and neuroimaging, by many different methods and approaches. I investigated a sample of top cited gender sociology papers to test my impression, and indeed the findings illustrate extreme insularity. It saddens me to see students and scholars fall into insular communities of highly dubious sacred beliefs and causes. I propose that gender sociologists strive to undo insularity.

You can read the whole paper HERE
Posted by Richard K at 3:01 PM