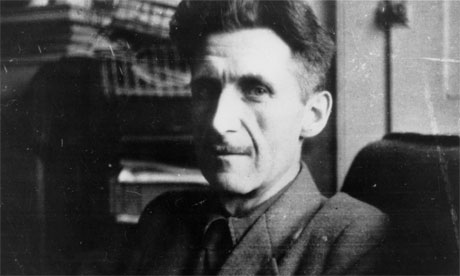 From the marvellous site Letters of Note we have
Aldous Huxley's letter to George Orwell complimenting him on 1984 but explaining why his own novel, Brave New World, was more likely a better prediction of the future..

The first hints of a philosophy of the ultimate revolution — the revolution which lies beyond politics and economics, and which aims at total subversion of the individual's psychology and physiology — are to be found in the Marquis de Sade, who regarded himself as the continuator, the consummator, of Robespierre and Babeuf. The philosophy of the ruling minority in Nineteen Eighty-Four is a sadism which has been carried to its logical conclusion by going beyond sex and denying it. Whether in actual fact the policy of the boot-on-the-face can go on indefinitely seems doubtful. My own belief is that the ruling oligarchy will find less arduous and wasteful ways of governing and of satisfying its lust for power, and these ways will resemble those which I described in Brave New World.
Posted by Richard K at 11:21 AM