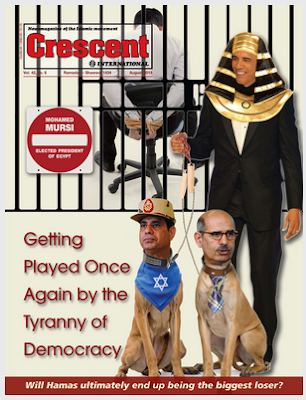 He is also one of the prime movers behind the depraved al Quds Day demonstrations at Queen's Park in Toronto.

Bangash is the racist Imam of the Islamic Society of York Region who referred to Barack Obama as "that black man in the White House" and "the perfect Uncle Tom."

His magazine's new cover has Egypt's new leaders portrayed as the tools of a Jewish/American conspiracy.