The Trouble with Islam Today

No, not Irshad Manji's book, a couple of interesting updates courtesy of Blazing Cat Fur


Imam behind the notorious Hate Madrassa in Toronto recommends pedophilia. 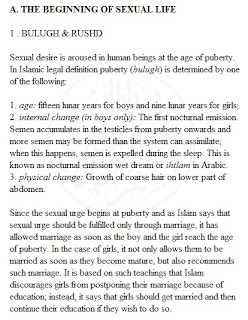 And in other news, the judge behind the notorious Zombie Mohammad case is facing the possibility of a judicial review.

The case involved a man dressed as  Zombie Mohammad who was assaulted during a Halloween parade. His attacker was not only acquitted, but the victim received a lecture from the judge about insulting Islam. No, not in some 3rd world backwater, or Eurotrash country that routinely tramples on free speech rights, but in Pennsylvania!