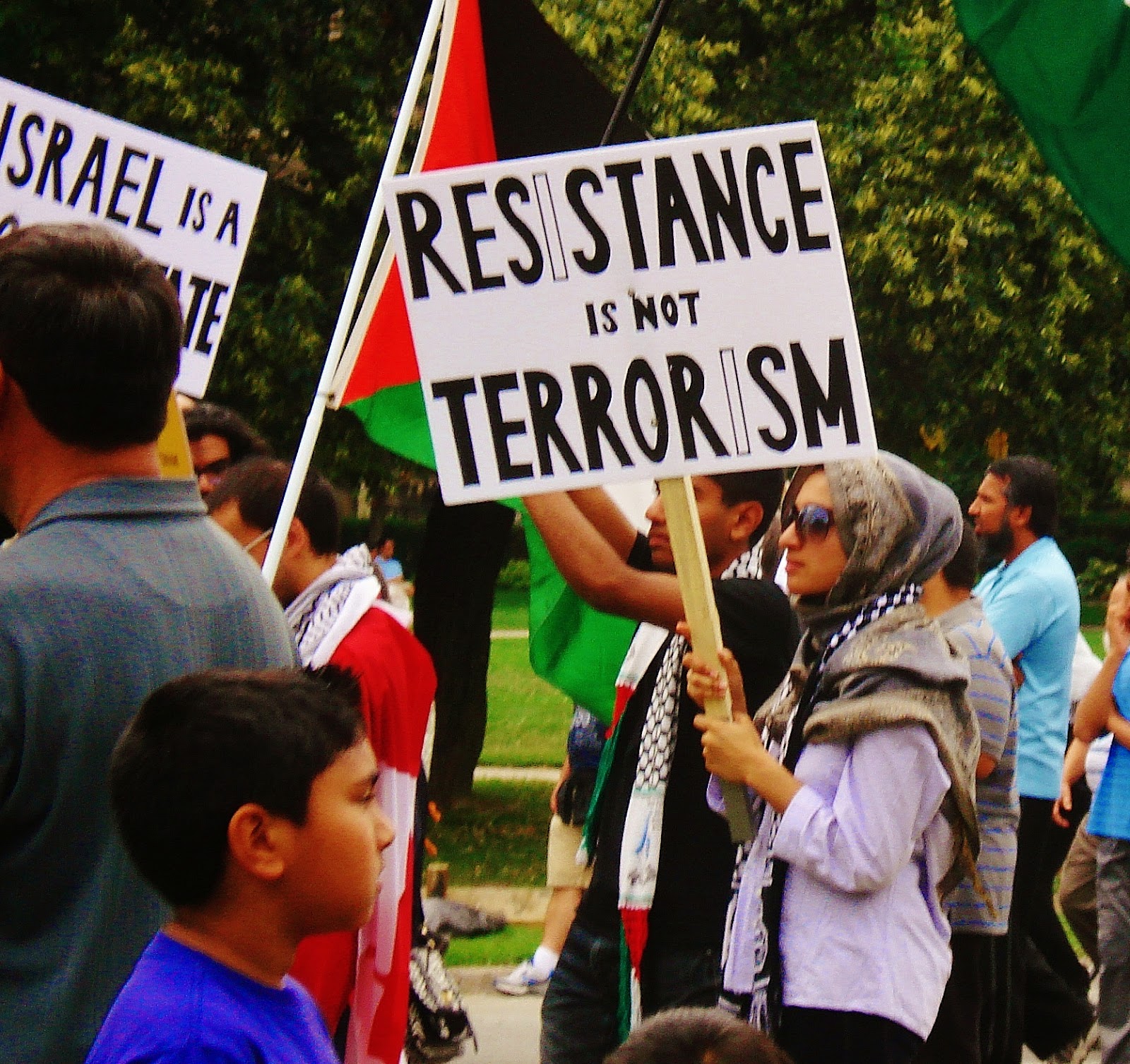 They come every year for their al Quds Day rally, to call for the elimination of Israel. This year, the turnout was bolstered by the conflagration in Gaza caused by Hamas launching missiles at Israel, and their rage at the pesky Jews' refusal to die en masse. They also came to spew venom at Canada for not being supportive of their murderous aspirations. 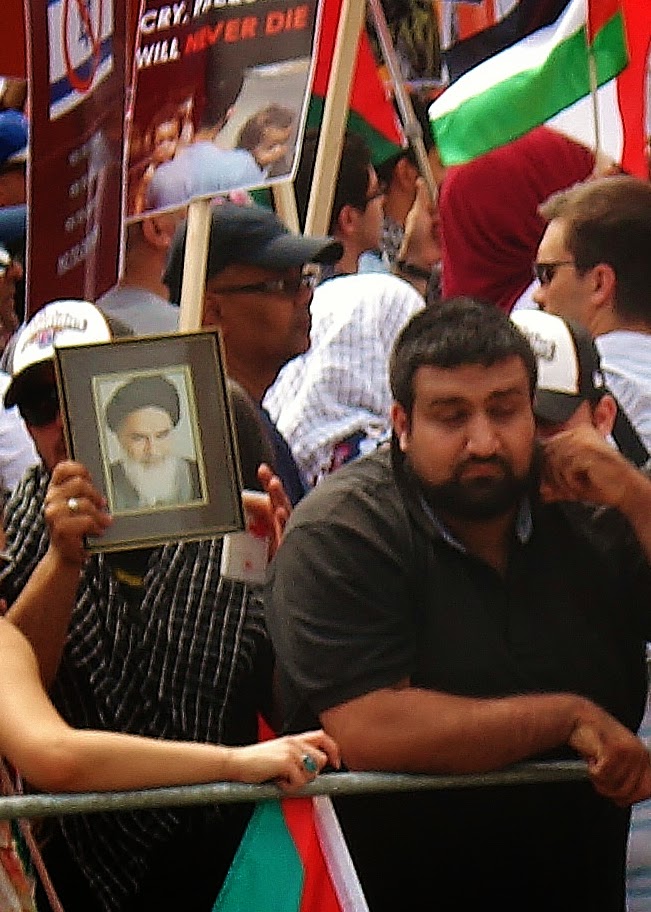 They came bearing pictures of Ayatollah Khomeini, the depraved dictator of Iran who sanctioned the systematic rape of female political prisoners, and with the flags of terror groups like Hezbollah.

They were accompanied by a small handful of useful idiot radical leftists, and a few pathetic creatures from the bizarre, inbred, apocalyptic Jewish cult Neutrei Karta. But though they were there in numbers as many as five thousand, almost all of them were South Asian Shia Muslims and Arabs, devotees of the most vicious dictatorships on earth.

Screaming hate in heavily accented English, interspersed with Islamic prayer calls and shouts of "Alahu Akbar," they called for the destruction of Israel and claimed that the Jewish state had no right to self defense. They said that terrorism, including indiscriminate attacks on Israeli civilians, is "legitimate resistance." They were angry that Israelis would not submit to their desire to exterminate every Jew "from the river to the sea."  They railed about Zionist (read "Jewish") control of the media and they said it's that bias that lends itself to considering Hamas' attempts to murder Israeli women, children and anyone they can get at as 'terrorism.' They hate that the world seems to think it's fair for Israel to try to prevent the slaughter of its citizens, as these Khomeinists would like to see happen. They screamed at the pro-Israel protesters, "go back to Germany where they can kill you again!"  One useful idiot, a slovenly fool named Sid Lacombe, was infuriated by Israel "smugly saying they have the right to defend themselves."  Evidently his group of morons, the so-called "Canadian Peace Alliance," would like Israel not to defend itself from the thousands of rockets launched by Hamas against its civilians and see their blood run like rivers.

The good news is that there were hundreds of counter-protesters out to stand up to this evil. The sides were kept apart by a line of police, but it only took one glance to distinguish them. The pro-Israel side joyously sang and danced, which Hamas and the Khomeinists punish by death in their native lands. More obvious was that the pro-Israel side carried as many Canadian flags as Israeli ones. Whereas there were none among the perpetually enraged Islamists who, though they take advantage of all that Canada has to offer, despise this country and will do nothing to celebrate it. They denounced the leaders of all of the major Canadian political parties for not sympathizing with their efforts to rain death upon Israel.

One of the anti-Israel protesters carried a sign saying "If you are not angry, you are clearly not paying attention."  Canadians should be angry. But what we should be angry about is not Israel defending itself from terrorism, but the terror-supporters we have allowed to come into Canada in droves. 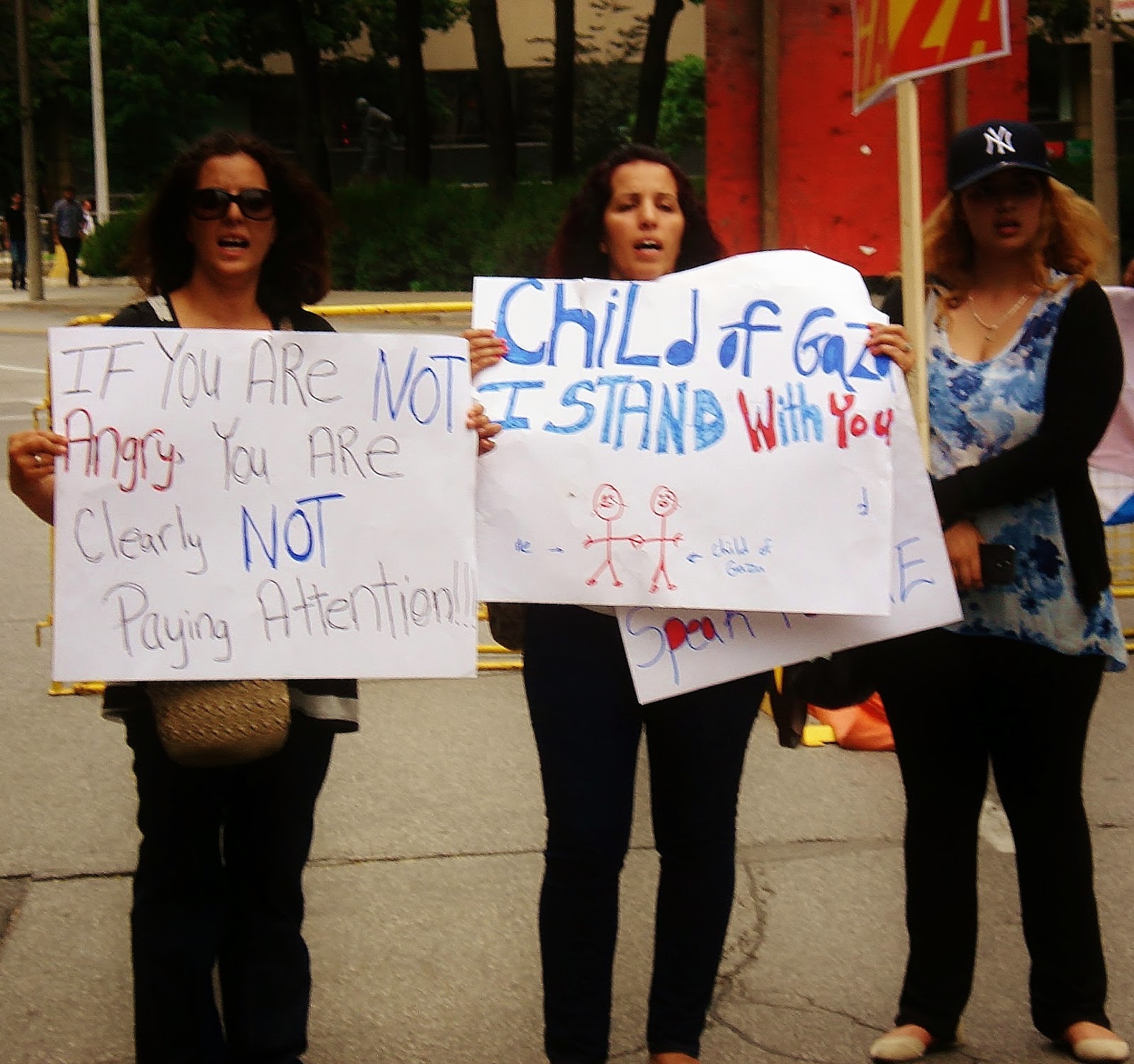 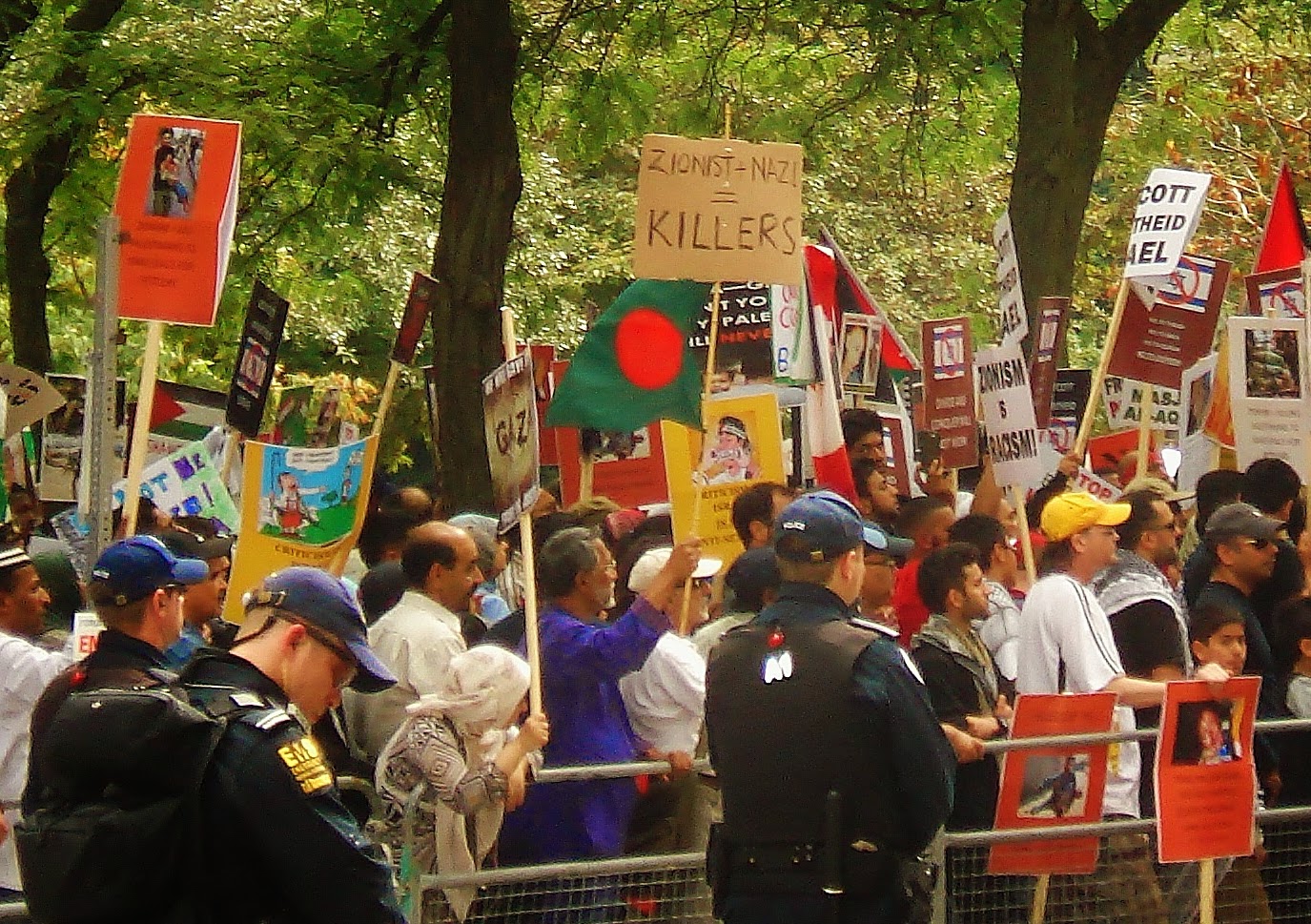 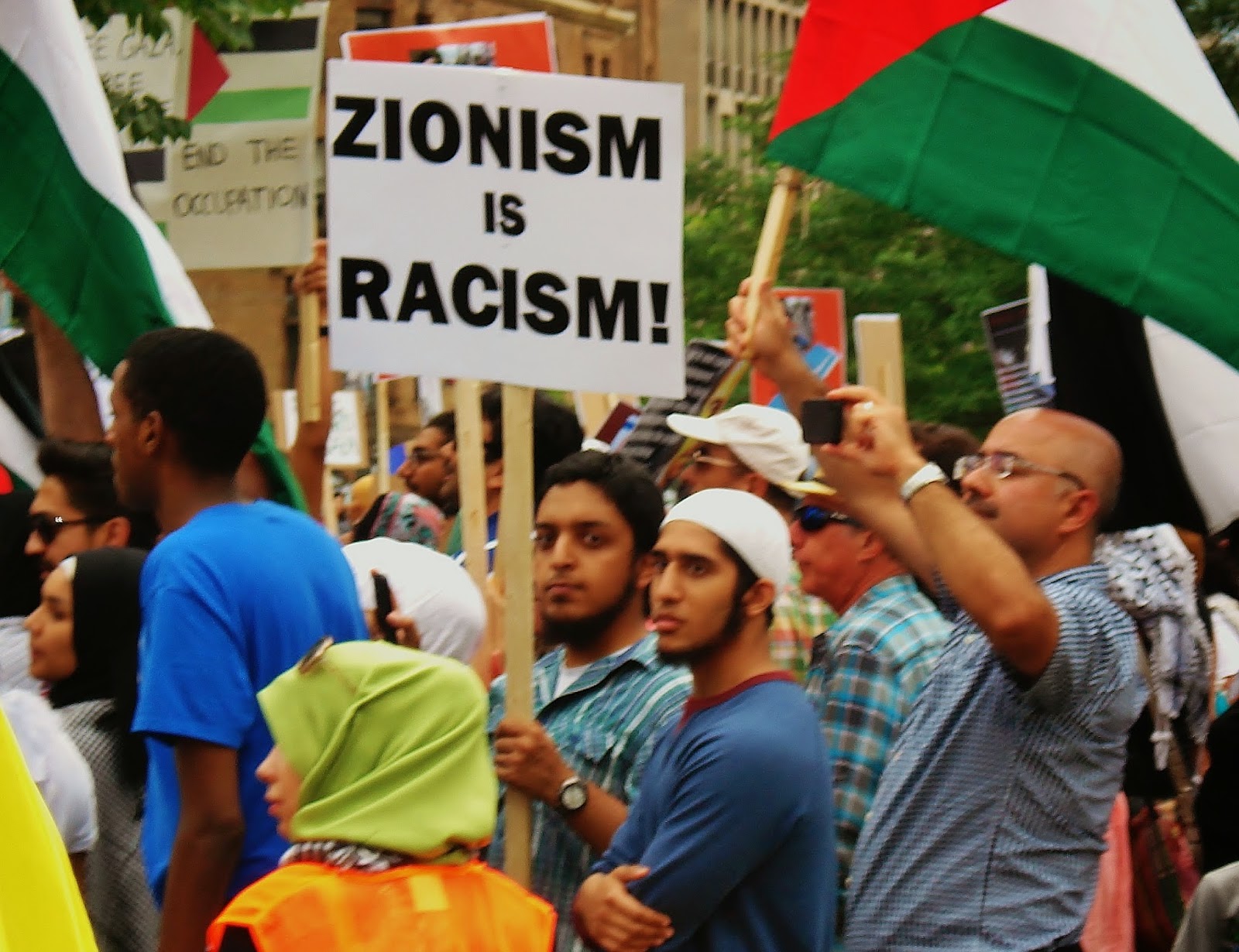 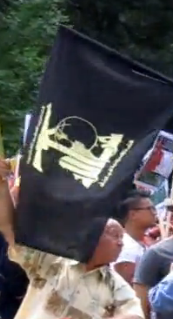 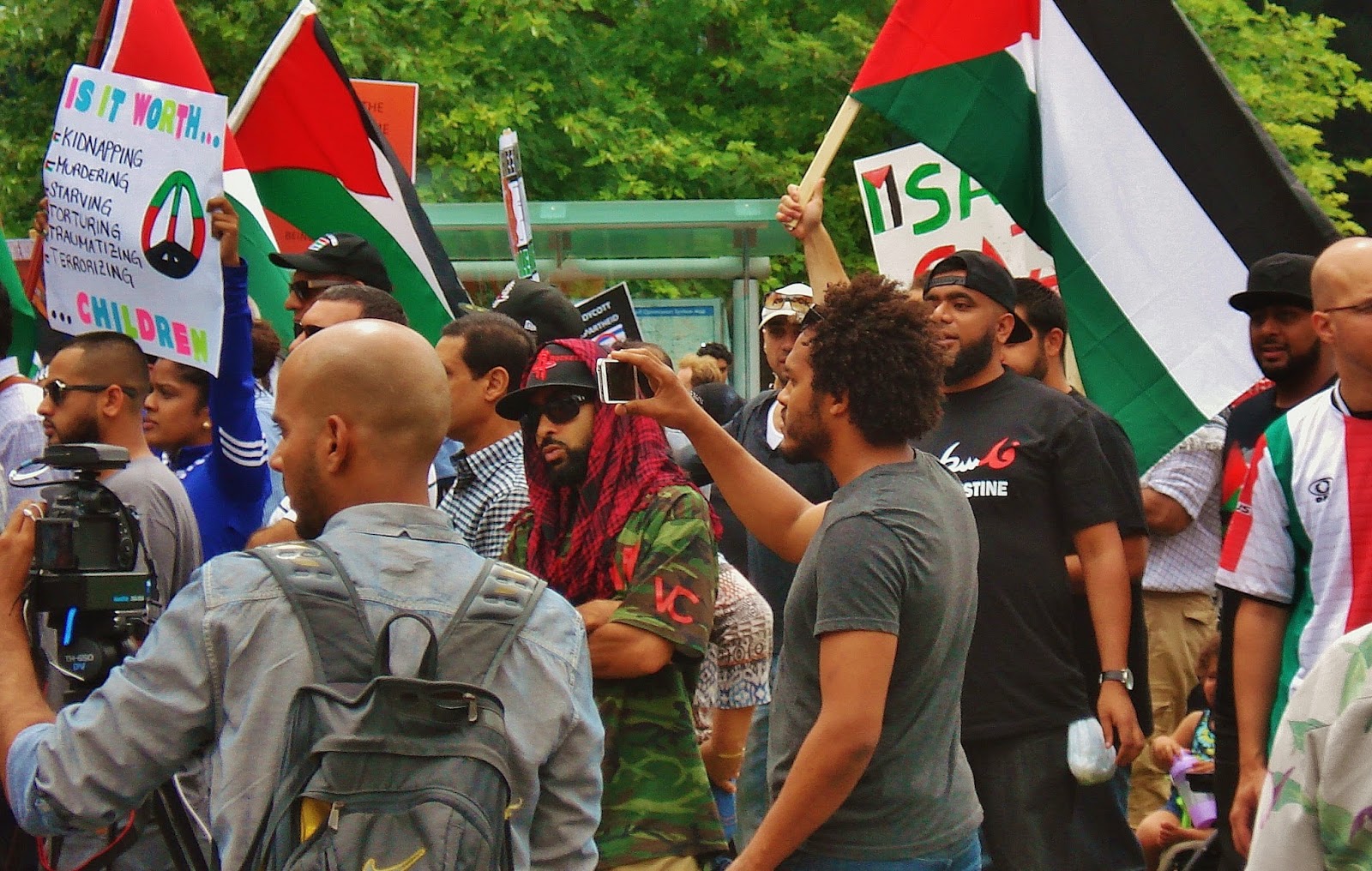 Great post Richard. You write with vigor, conviction, and most importantly, with Truth.

I want to condemn these Islamofascists outright but I realize their genocidal chants do more to show Canadians what they are really about than their claims that Islam is a region of peace or that Hamas is a bona fide resistance force. Canadians have to be made aware of the vile fanatics living in their midst and shielded by Canadian laws of free expression. So, let's hear more of these chants, but let's get them on to the mainstream wires where everybody can see them.

Richard ehhh...I always knew this blog was written by a dick.

Well, anonymous @ 4:42 pm,, my tracking data says you've visited my blog more than 30 times, so you must really love dick.