Four heavyweight political commentators were brought together yesterday for a panel in Toronto by the Friends of the Simon Wiesenthal Center.


The event was the centrepiece of The Spirit of Hope gala fundraiser for the Weisenthal's Center's work to foster understanding among peoples and combat anti-Semitism. It attracted a full house of donors to the largest synagogue in Canada, the cavernous Beth Tzedek.

At 4 pm yesterday, a press conference was held at the Beth Tzedek with all four panelists that was surprisingly sparsely attended by the media. I planted myself in the otherwise vacant front row facing the quartet of American Establishment beacons with Che Guevara's iconic face peering at them from the t-shirt I wore under an orange plaid shirt. Unfortunately, the top layer wasn't opened to reveal my t-shirt's ironic message.

The panelists all made opening statements, each in turn praising the work of the Wiesenthal Centre and its promotion of tolerance. When the floor was opened to questions, the other gathered media seemed unprepared, so on the theme of 'tolerance' I gave a brief preamble about how Iran's 1979 revolution proved that what what can begin as a democratic movement can quickly become undemocratic and become the embodiment of what we would consider the opposite of tolerance. With the uncertainty of what may come from the wave of revolts in the Arab world, and the potential for subversion by nefarious groups like al Qaida and the Muslim Brotherhood, I asked what they thought America could do to preserve its interests in the region.

That seemed to be the issue they all wanted to discuss, because it aroused a lively and lengthy exchange. (CP24 covered it live - you can see this at 7:03 of the video below) If there was a consensus, it was that no one can really be sure of what is going to happen and what certain measures could be taken. Gibbs suggested the sensible proposal of offering economic assistance to the democracies that might emerge from the Arab Upheaval. That term was thought to be a more accurate description of what is currently going on in the middle east, since it is yet to be determined whether the revolutions there lead to a spring or a winter.

While all the panelists naturally support democracy, Gergen offered the caveat that America should have shown more support to its loyal friends, like Hosni Mubarak, whom he felt the Obama Administration abandoned too readily. For America to maintain regional credibility, it can't be seen to desert its friends. Bob Woodward took issue with that, saying that it was critical that America support democracy not just for strategic reasons but as an expression of its own values. 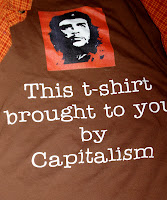 An elegant-looking Heather Riseman, the CEO of Chapters-Indigo and the moderator of the panel that was to take place that night entered the room and seated herself beside me as Dershowitz provided two examples of legitimate democratic elections that can have disastrous results leading to totalitarian regimes. Germany in 1933 and The Palestinian Authority in 2006. He also provided the interesting anecdote of how supposedly knowledgeable Westerners are incapable of predicting the outcomes of some elections. Dershowitz related how he was with Jimmy Carter in Israel at the time of the election that brought Hamas to power. Carter assured him there was nothing to worry about and Fatah would win overwhelmingly.

Dershowitz concluded by explaining revolutions from one particular Arab perspective. According to the Hamas Charter, the French and Russian Revolutions, [along with Communism and Capitalism,] are all the fault of the Jews.