Ayatollah Ali Khameini, the Supreme Leader of Iran, sent out a tweet today showing US President Barack Obama committing suicide, implying that if America would attack Iran, it would mean the latter leader's death.

Which suggests Obama's capitulation to Iran in the weapons, sanctions and nuclear arms negotiation have only emboldened Iran's continued belligerence and efforts at the destabilization of the middle east. 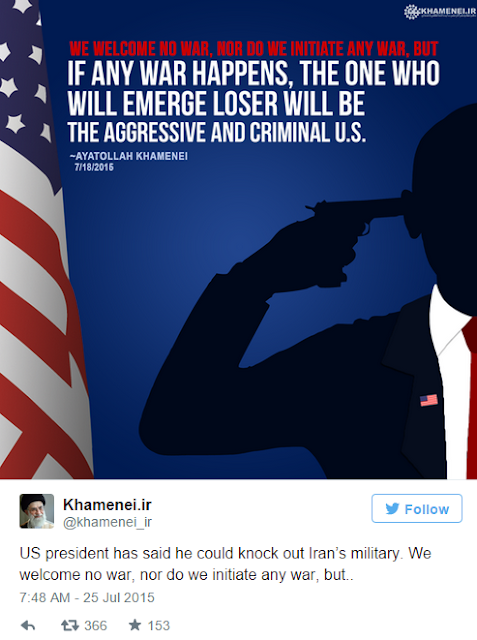 Obama's left-handed. Most recent presidents are. It's creepy.