Holy crap! This Supreme Court judge thinks just like me! 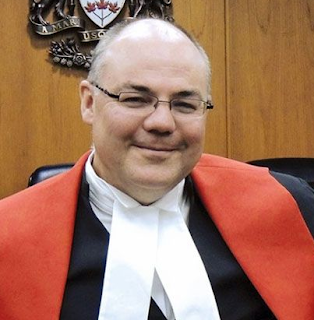 Prime Minister’s Stephen Harper’s latest appointment to the Supreme Court was a prolific blogger who regularly offered opinions on Senate reform, the federal government’s role in health care, elections law, the Omar Khadr case and other matters that could now come before him in his new role on the bench.

Russell Brown, appointed to the top court last week, was an active contributor to a blog shared by faculty members at the University of Alberta law school.

The posts and comments were made under the name “Russ Brown” between 2007 and 2008. Brown’s political orientation and Libertarian perspective are clearly in evidence in many of them.

“As someone who hopes the Grits just fade away by the next election, I’m cheering for Justin Trudeau or Joe Volpe. Or have I missed a possible candidate who is as unspeakably awful?”

Brown, now 49, wrote the posts when he was an assistant professor with the Faculty of Law. The Conservative government first named him to the Alberta bench in 2013 and last year elevated him to the Alberta Court of Appeal and the appeal courts for the Northwest Territories and Nunavut.

In less than three years, he has risen from a job teaching law to a seat on the highest court in the land...