Is Tom Mulcair too afraid of the NDP's extreme left to fire Linda McQuaig?

An NDP candidate was just canned because of extremist, hateful, anti-Israel bigotry.

But it was no worse than some of the despicable statements made about Israel by Linda McQuaig. 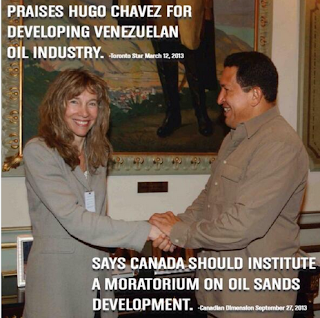 To say nothing for her anti-capitalist insanity and her fetish for socialist dictators like Hugo Chavez.

McQuaig has already made her party look foolish, and required a party spokesman to distance the NDP from her comments within the first two weeks of what will be a long campaign. There's no telling how many times that will repeat.

Is Thomas Mulcair too afraid of provoking the extreme left-wing in the NDP to bounce a high-profile crackpot like McQuaig?

If he is, it will prove to be good news to the rival Liberal and Conservative parties. If Mulcair lacks the nerve to lance a boil like McQuaig, the other two parties will be more than happy to watch her fester and infect the public's perception of the NDP and its leader.