Bernie Farber comes across as an idiot and a hypocrite 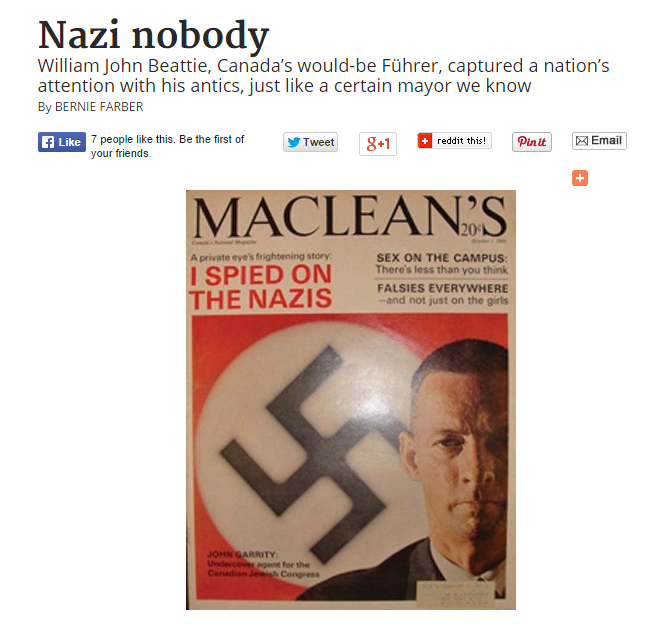 Today, he tried to evoke an analogy between ailing Toronto mayor Rob Ford and neo-Nazis.

Irrelevance can breed a certain type of desperation in some people, but Farber's column in the city's chief advertising outlet for prostitution, NOW Magazine, is a particular low.
Posted by Richard K at 10:02 PM