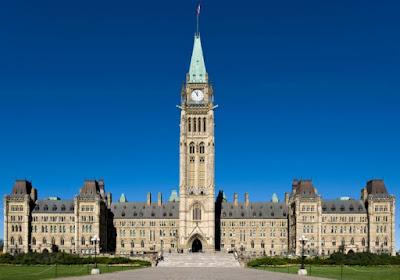 Parliamentary majorities have been called "democratic dictatorships" for good reason.

The party in power controls both the executive and legislative branched of government until the next scheduled election, so they can do whatever they want short of a successful court challenge.

The only reason they may temper any abuses is because they fear a public opinion backlash.

But the public has a short memory and the average voter is not exceptionally well informed, so even thoroughly corrupt, incompetent governments can be reelected to majorities given the right circumstances.

For some, that is an argument for changing Canada's electoral system from a first-past-the-post to proportional representation.

Yet, for all our system's flaws, Canada has been the best governed country in the world for at least two decades.

A change to proportional representation would be to a system even less democratic than the one currently in place. It would allow political parties the ability to decide who sits in Parliament, including people who couldn't even muster a plurality of votes in a single riding.

It would mean that fringe parties like fascists and communists would get seats in Parliament by getting fewer votes than  there are people with severe mental illness in Canada. Those extremist fringe parties would be able to extract concessions from larger parties seeking to form coalition governments. That sort of thing happens all the time in Europe, and it leads to governance far worse than Canada has enjoyed since Confederation.

If we're really seeking to make improvements to Canada's democracy, then keeping first-past-the-post is essential.

But to make the system better, we should separate the Executive and Legislative branches of government, as they have in the United States and France.

A legislative branch distinct from the executive would have members who understood that they were responsible to the voters and not to their party hierarchy. It would mean that you could chose your local representative without having to tie that vote to a party leader you abhor, and vice versa.

Separation of the legislative and executive branches would mean that your local representative could stand up to the Prime Minister without having to fear being ejected from caucus and the ability to stand for election for the party in future.

Having the legislative and executive branches as distinct entities means that there is another layer of safety preventing either from abusing their authority.

It keeps the best parts of our existing, successful democracy and gives us the benefit of being able to chose both who we want to be Prime Minster and our local MP without having to use one vote for those two choices and often face the ugly compromise that goes with that choice.

Having the ability to make specific, democratic choices is the best option for electoral reform in Canada. Whether the Liberal Party of Canada is truly interested in giving Canadians more democracy and such choices through a referendum is something for which we can only hope.
Posted by Richard K at 1:02 PM