Another bizarre, extraordinary day in the Ezra Levant defamation trial 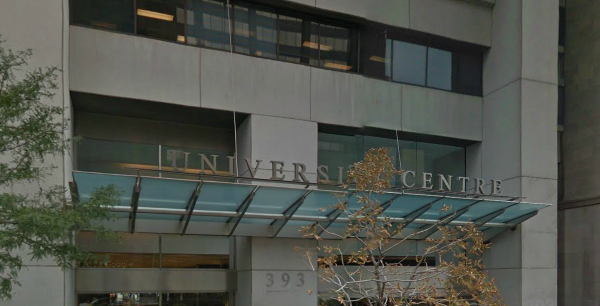 Another extraordinary day in court ended with the defamation suit against Ezra Levant still unfinished.

The day was devoted to more cross-examination of Levant by Brian Shiller, the lawyer for the plaintiff, Khurrum Awan, and not for the first time in this trial, events transpired that one rarely sees in a Canadian courtroom.

Mr. Shiller is a partner in the high-profile firm of Ruby, Shiller, Chan, Hasan, and to be the name after Clayton Ruby's in his firm, one can reasonably expect that such a lawyer would be highly skilled. I've always said that if I ever murder someone and get caught, I'd want Clayton Ruby to defend me, as he is probably the best criminal defense lawyer in Canada.

Throughout the course of the trial until today, Shiller lived up to his reputation, with his skillful questioning of witnesses and adept procedural tactics. But today he made what could be a critical error by doing what a trail lawyer should only do under the most desperate of circumstances. A creed among lawyers is that during a trial, never ask a witness a question unless you already know the answer.

But in response to one significant question posed by Mr. Shiller, not only was he obviously unprepared for Ezra Levant's answer, but he looked positively rattled by it.

There is the distinct impression of personal tension, that could even be described as having the appearance of animosity, between Shiller and Levant. Levant noted on Friday during his cross-examination that Mr. Shiller is representing a number of clients who are bringing lawsuits and legal action against him. Levant implied that the current case is part of a political campaign against him by Mr. Shiller's firm, one highly active in left-wing political causes, including unsuccessful suits brought against Toronto Mayor Rob Ford in which Shiller's partner Clayton Ruby acted as counsel.

Today Mr. Shiller questioned Levant about that assertion as well as other of his statements, with the apparent intent of trying to establish that the Sun News commentator made reckless and frequently false allegations. To support that, among other examples, Shiller referenced a defamation suit successfully launched against Levant by an attorney named Giacomo Vigna.

In reply to one of Mr. Shiller's questions about the Vigna suit, Levant suggested Mr. Shiller should be well acquainted with the facts as he was one of Mr. Vigna's attorneys. An argument ensued between the witness and the plaintiff's attorney in which at first, Shiller denied he was Vigna's lawyer, but Levant insisted that he knew Shiller had been involved with the case. When Levant asserted that a second time, the attorney backed off his denial and became irate with Levant, insisting that the defendant cease referencing the other cases in which Shiller has acted as counsel against him.

Seemingly sensitive to the charge of being part of a political vendetta, Shiller's clear irritation only increased as Levant referenced those other cases on a number of occasions. It became a running joke to the point where the trial judge, Madam Justice Matheson, had to caution the spectators in court to keep quiet because of the laughter.

Shiller introduced as evidence a number of writings that he attributed to Levant. Upon examining them, Levant was adamant that he had not written the pieces in question and the plaintiff's attorney seems to have confused Levant's writing with other Internet commentary about his client. Following that, Levant refused to accept anything that Shiller said about his writing unless it was produced for him to see. Then Levant accused the plaintiff's attorney of "embroidering" statements that he had made.

But a pivotal occurrence came when Shiller asked about claims Levant made that the plaintiff, Khurrum Awan, was being bankrolled for the current lawsuit. Evidently thinking he had the smoking gun of an example of an outrageous, untrue accusation, Awan's attorney asked what the basis was for Levant making that claim.

Shiller became flustered, almost stuttering, and backed away from that line of question immediately, muttering about his unwillingness to be a witness in the case he was conducting as an attorney. But the damage was done.

It is difficult to predict what the outcome of the trial might be. While there is compelling testimony to support Levant's description of Awan as a liar, an inordinate amount of time has been spent on describing the seating arrangements at a British Columbia Human Rights Commission hearing in which Mr. Awan participated. It was Levant's contention that Awan was in conflict of interest by acting as both complainant, witness and attorney that has been the subject of a great deal of conflicting testimony. It remains to be seen whether the judge finds that Awan's conduct at the hearing could give an observer the reasonable impression that he was acting as a co-counsel, and whether that conclusion is supported by the near-identical similarity between that complaint and one Awan was involved with launching in Ontario.

An extremely unusual aspect of this trial is the self-inflicted damage both the plaintiff and his counsel seem to be doing to themselves during the course of the trial. Mr. Levant's old blog posts about Awan would probably have been long forgotten and if seen, regarded as bluster had this suit not been launched. But by moving forward with it, even if Awan wins on the basis of the conflict-of-interest allegation, his reputation has already been significantly tarnished by these proceedings.

The trial is serving as a reminder that Awan was the Youth President of the antisemitic Canadian Islamic Congress. Awan denies that he is antisemitic and claimed he was unacquainted with the antisemitic nature and political policies of the organization in which he served as a leader whose role, according to his testimony, was to encourage political advocacy. Awan has most certainly not explicitly called for the killing of Jews or discrimination against them. But the analogy that springs to mind is if Hitler Youth leader Baldur von Schirach had claimed he was unaware of the antisemitism of the Nazi party. Levant testified that while he is unaware whether Awan, truly in his heart, hates Jews, the plaintiff through his activities and associations demonstrates antisemitism.

Mr. Shiller asked Levant if he was aware that Awan, as Youth President of the Canadian Islamic Congress, was serving in a "non-member" role.  Levant appropriately noted it was a distinction without a difference. Indeed, it is hard to conceive how it isn't thoroughly self-discrediting to imply that as the Youth President of the national organization, but not specifically having a membership card, it somehow insulates Mr Awan from the policies of the organization of which he served as a representative.

More remarkably, the agitated responses that Mr. Shiller gave to Levant's accusation that the plaintiff's lawyer and his firm have a political agenda against him did nothing to dispel that idea.

Tomorrow, the trial will most likely conclude. Levant will be re-examined by his own attorney, and the judge has indicated that she will have some questions of clarification before the testimony component concludes. Madam Justice Matheson has conducted the trial with extreme conscientiousness and capability. She has ushered the process along when the attorneys have become contentious and excursive, and she has been able to zero in on salient points when the lawyers and witnesses themselves have lost track of their submissions.

On the basis of what I have seen, the only outcome of the trial that I would predict with confidence is that the judgement will be fair and well thought out.

For what happened on the next trial day, see HERE
Posted by Richard K at 10:51 PM