Watch it while you can, The Munk Debates tend to leave these things up for a limited amount of time:

Before the Ontario legislature dissolved to make way for our provincial election, the government’s last act was to try to end the strike at York University by imposing binding arbitration. Because the Liberals waited till the last minute before the election campaign started, they needed all the parties to agree. The NDP refused.

This means that 50,000 York students have not only lost most of their spring term but likely there will be no summer school at all. On the plus side, it's a timely reminder of where the NDP's loyalties lie...

More at Quick Brown Fox
Posted by Richard K at 1:14 AM No comments:

Matt Gurney: There’s no easy fix to the Gaza mess, but threatening to flatten Hamas will help

...while we can’t expect to see peace and normalization between Israel and the residents of Gaza anytime soon, we can at least reasonably hope for no further large-scale killings in the immediate future. And all that needed to happen was for Hamas to decide a bunch of dead Palestinians no longer served its interests.

The killings this week, which left 60 dead on Monday, occurred during a large protest, involving tens of thousands of people, along the fence that constitutes Israel’s southern border with Gaza. Gaza is controlled by Hamas, a listed terrorist group that also functions as Gaza’s government. The protesters were calling for the right to return to homes and villages they (or their ancestors) lost during previous Arab-Israeli conflicts, which typically end with Israel both victorious and larger.

It is difficult to overstate how ridiculous that claimed right is. Israel’s existence and massive military superiority are textbook examples of facts on the ground (heavily armed facts, at that). There isn’t going to be a return, period. Still, Hamas and other jihadist groups have had a role in organizing the protests, which are also fuelled by the genuine frustrations of Gazans tired of living in the densely populated, economically stagnant enclave, wedged between Egypt and Israeli checkpoints.

Israel, for its part, has been clear that any attempt to breach the border fence, including by approaching it within 100 metres, will be considered hostile and met with force. On Monday, reporters at the scene of the protest noted that Israel had deployed Arabic-language leaflets, which read, in part, “The [Israel Defense Forces are] prepared to face all scenarios and will act against every attempt to damage the security fence or harm IDF soldiers or Israeli civilians. Do not let Hamas cynically use you as its puppet. … Stay away from the security fence, from terror instigators and the violent rioters! Save yourselves and prioritize building your future!” When that didn’t work, tear gas was used, and warning shots fired into the dirt in front of protestors. When that didn’t work, live ammunition was used, resulting in the deaths and hundreds of injuries (further hundreds were apparently injured in the rush away from the shooting). Some of the dead were children.

That’s bad. But there’s an easy solution: Hamas makes the protests stop, or at least keeps them back from the border...

John Bolton: The Iran deal was betrayed by its own abysmal record

On Tuesday, President Trump announced his decision to withdraw from the failed Iran nuclear deal. The president has famously referred to it as “the worst deal in history.” Its very premise has been betrayed by its own abysmal track record over the past two years.

The theory behind the Joint Comprehensive Plan of Action, or JCPOA, was that the Iranian regime would, in the interests of its own people, trade its nuclear ambitions for economic incentives. But rather than focusing on behaving responsibly, Tehran has poured billions of dollars into military adventures abroad, spreading an arc of death and destruction across the Middle East from Yemen to Syria. Meanwhile, the Iranian people have suffered at home from a tanking currency, rising inflation, stagnant wages and a spiraling environmental crisis.

President Trump acted prudently. He spent more than a year studying the deal, soliciting information and assessments from within his administration, and consulting with our allies. He decided that this deal actually undermines the security of the American people he swore to protect and, accordingly, ended U.S. participation in it. This action reversed an ill-advised and dangerous policy and set us on a new course that will address the aggressive and hostile behavior of our enemies, while enhancing our ties with partners and allies...

Few politicians have any real understanding of how the civil service works. The old British TV comedy Yes Minister, which had a clueless government Minister led around by the nose by a career civil servant was as accurate as it was amusing, and it was indeed both those things.

The civil service always claims it needs more funds, and provides excuses why it does. Politicians who have almost no understanding of how the the money is spent or how the bookkeeping is done almost always grant their requests. The politicians claim the increased money spent translates into advantages for the public, frequently without knowing to what extent, if at all, it benefits anyone outside the civil service and a few people connected to it. In very, very many cases it does not.

So when the head of Ontario's socialist New Democratic Party, Andrea Horvath, or Premier Kathleen Wynne say that the election is about "care over cuts," they speak from either total ignorance or deceit, because nothing could be further from the truth. It's possible to reduce government spending significantly without cutting services or firing employees.

How do I know this? Because I worked for the Ontario civil service for over a dozen years and saw how things work first hand.

The Ontario civil service operates on a fiscal year that goes from April 1 to March 31 of each year. Each fiscal year, every government department is allocated a budget. That budget may in fact exceed the actual needs of the departments' expenditures.

So what happens if a department doesn't spend all of its allocated budget by the end of the fiscal year? The money not spent goes back to the Treasury.

No civil service department head wants to give money back to the Treasury.

And that's what they do. Towards the end of the fiscal year, government department after government department go on wild spending sprees. They hire consultants they don't need, they buy equipment they don't need, they do whatever it takes to make sure all the money is used up, so they can apply for the same or a bigger budget next year. I've worked in departments where as much as 15% of the annual budget was thrown away on those last minute, buy-anything-to-use it-all-up sprees.

When Progressive Conservative leader Doug Ford says that 4% of the budget can be cut across the board without any service or employment cuts, if anything, he's understating the amount of potential savings he'll be able to find. Doug knows this, because he and I have spoken about it.

During her term in office, Ontario Premier Kathleen Wynne has plunged Ontario into debt so huge that it's the biggest sub-national debtor in the world. California, which has a huge debt problem, has three times the population of Ontario and yet its State debt is less than Ontario's provincial debt.

The unfettered government waste in Ontario can't continue without dire consequences. Neither Wynne nor Horvath have any practical solutions to the debt and spending problem. Doug Ford does. That goes to the core of the choice that Ontario has to make on June 7.
Posted by Richard K at 10:49 AM 2 comments:

The Iran Deal Is Strategically and Morally Absurd

It was surely Barack Obama’s profound aversion to the use of American military power that so enfeebled his nuclear diplomacy and made his atomic accord with Iran the worst arms-control agreement since the Washington Naval Treaty of 1922. I do not know whether a more forceful president and secretary of state—say a Democratic version of Ronald Reagan and George Schultz—could have gotten a “good deal” with Tehran; it just boggles the mind to believe that a better deal wasn’t possible. A stronger president and secretary of state certainly would have been willing to walk away. Neither captured by Iranian demands nor the mirage of “moderate” mullahs and engagement, more astute, less fearful men would have been more patient, and more willing to let sanctions bite deeper into the economy and political culture of the Islamic Republic.

Obama was, to borrow from The New York Times’s Roger Cohen, America’s first “post-Western” president, a man deeply uncomfortable with American hegemony and the essential marriage of diplomacy and force. By 2013, when Hassan Rouhani won Iran’s presidential election, Obama made it increasingly clear that he was unwilling to fight over the clerical regime’s nuclear-weapons ambitions. He was also unwilling to do anything to brake the Islamic Republic’s rising Shiite imperialism, which in Syria led to the massive slaughter and flight of Syrian Sunnis who’d rebelled against Bashar al-Assad’s tyranny. And what happened in 2012-2013 in Syria and Iraq—with the absence of America—triggered the rise of the Islamic State and has now set the stage for a regional conflict that we haven’t seen since Saddam Hussein was running amok...

Happy birthday, Karl Marx: We could have done without the millions dead 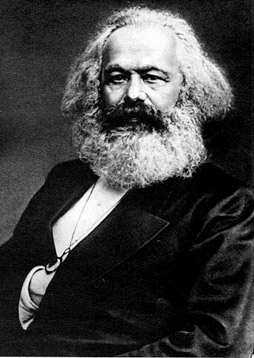 On Saturday, Karl Marx turns 200 years old. A German dissident who spent most of his days in exile, Marx devoted his life to the notion that a literal heaven-on-earth was just a revolution away. Instead, he ended up inspiring one of the most prolonged epics of suffering in modern history.

Amazingly, this seems to have done very little to tarnish Marx’s apparently Teflon reputation. He just got a fawning biopic. He got glowing birthday wishes in the New York Times. And this weekend, EU commission president Jean-Claude Juncker will be unveiling a statue of the man in Marx’s hometown of Trier, Germany.

Europe already had plenty of statues of Marx, although you might not know it because a lot of them got pulled down in the late 1980s...