"Taliban" Jack may be gone, but Jihad Justin and Isis Tom think Canada should cower before Islamic terror 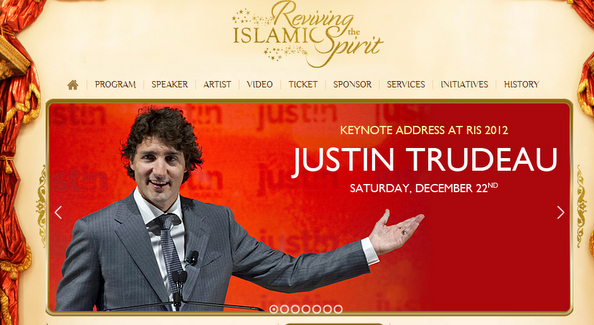 The mind-boggling spinelessness and stupidity of Canada's two opposition parties came into focus today with their idiotic posturing about the mission of Canadian troops in Iraq supporting the fight against the Islamic State terror army.


...senior military officials revealed on Monday that Canadian special operations forces came under ISIS attack over the last week and returned fire to “neutralize” the threat.
Brig.-Gen. Michael Rouleau said the special ops had just completed a planning session with Iraqi forces several kilometres behind the front lines when they came under mortar and machine-gun fire.

“This is the first time that this has happened since our arrival and our reaction is wholly consistent with the inherent right of self-defence,” he said of the roughly 69 special ops deployed to Iraq in an advisory and training role.

Canadian troops are in a war zone, and even if not on the front lines, need to be prepared to return fire if attacked. Other than making pilgrimages to mosques where jihadists have been recruited to kiss the asses of Islamists, Jihad Justin Trudeau must think that like his magical, airheaded formula for fixing Canada's deficit, the dangers facing the middle east from the Islamic State will just solve themselves if left alone.

Amazingly, an evasive Trudeau told my friend Andrew Lawton in an interview on Andrew's radio show on London's AM 980 today that he has "never been against Canada engaging robustly against ISIS." Evidently Justin Trudeau's notion of "robust" is baking cookies for the Americans while they take the lead.