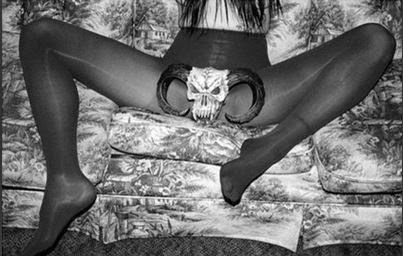 This reads like it's from The Onion, but sadly, like most of the absurd politically-correct bullshit that goes on at North American college campuses, this unbelievably absurd nonsense really happened:

Since the 1990s, students from Mount Holyoke College, an all-women's school in Massachusetts, have staged an annual production of The Vagina Monologues. Not this year. The college is retiring the ritual over concerns that the play—penned by Eve Ensler in 1996 as a way to "celebrate the vagina" and women's sexuality—is not inclusive enough.
In a school-wide email from Mount Holyoke's student-theater board, relayed by Campus Reform, student Erin Murphy explained that "at its core, the show offers an extremely narrow perspective on what it means to be a woman ... Gender is a wide and varied experience, one that cannot simply be reduced to biological or anatomical distinctions, and many of us who have participated in the show have grown increasingly uncomfortable presenting material that is inherently reductionist and exclusive."...

More at Reason.com
Posted by Richard K at 1:10 PM