Facebook manipulates user posts to rig the game against Trump

This morning, I tried to embed a very funny tweet from Twitter wag Godfrey Elfwick about the Women's March. 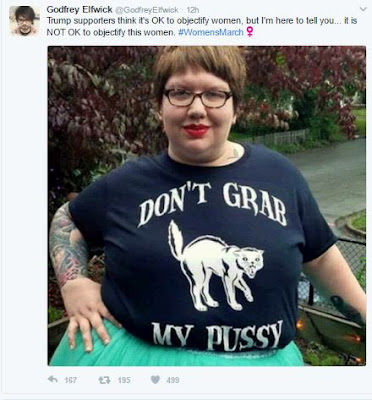 However, when I tried to post it on facebook, the hashtag #womensmarch was identified by the facebook algorithm, and I was only allowed to select from a series of images below, none of which were of the tweet I was trying to embed, and all supportive of the histrionic anti-Trump protests yesterday. 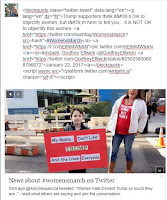 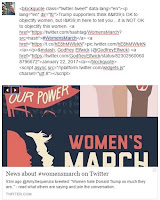 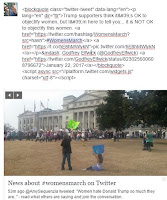 Admittedly, the images facebook selected are less likely to kill your apetite than Godfrey's, but isn't that a choice we should be allowed to make for ourselves?

Silly me! I forgot, free choice is a classist privilege that is a product of the oppressive, hegemonic patriarchy. The only choice that should be allowed is #socialjustice, meaning facebook and the Women's March crazies' idea of social justice, and any other choice must be prevented. 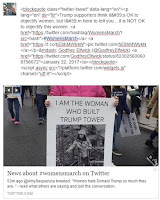 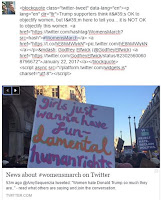