Here's some irony - the guy in charge of security for the Hollywood sign when it was changed by a prankster to "Hollyweed" is named Trudeau. 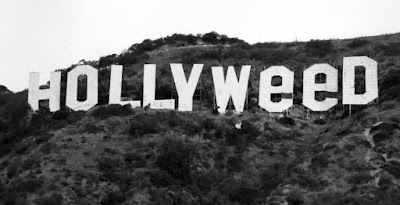 HOLLYWOOD (CBSLA.com) — Authorities say someone managed to modify the famed Hollywood sign to read “Hollyweed” in an overnight act of trespass.

Sgt. Trudeau of Security Services says the incident unfolded around midnight Sunday after a thrill-seeker climbed the mountain and threw two tarps over the “O’s” to make them appear like “E’s.”

The sign as of 10:45 a.m. had been restored to read, “Hollywood.” It remains unclear who was involved in the incident, which was being investigated as a misdemeanor charge of trespassing, according to police...

I personally would have preferred GOLLYWOO .....land of starlets on casting couches ...