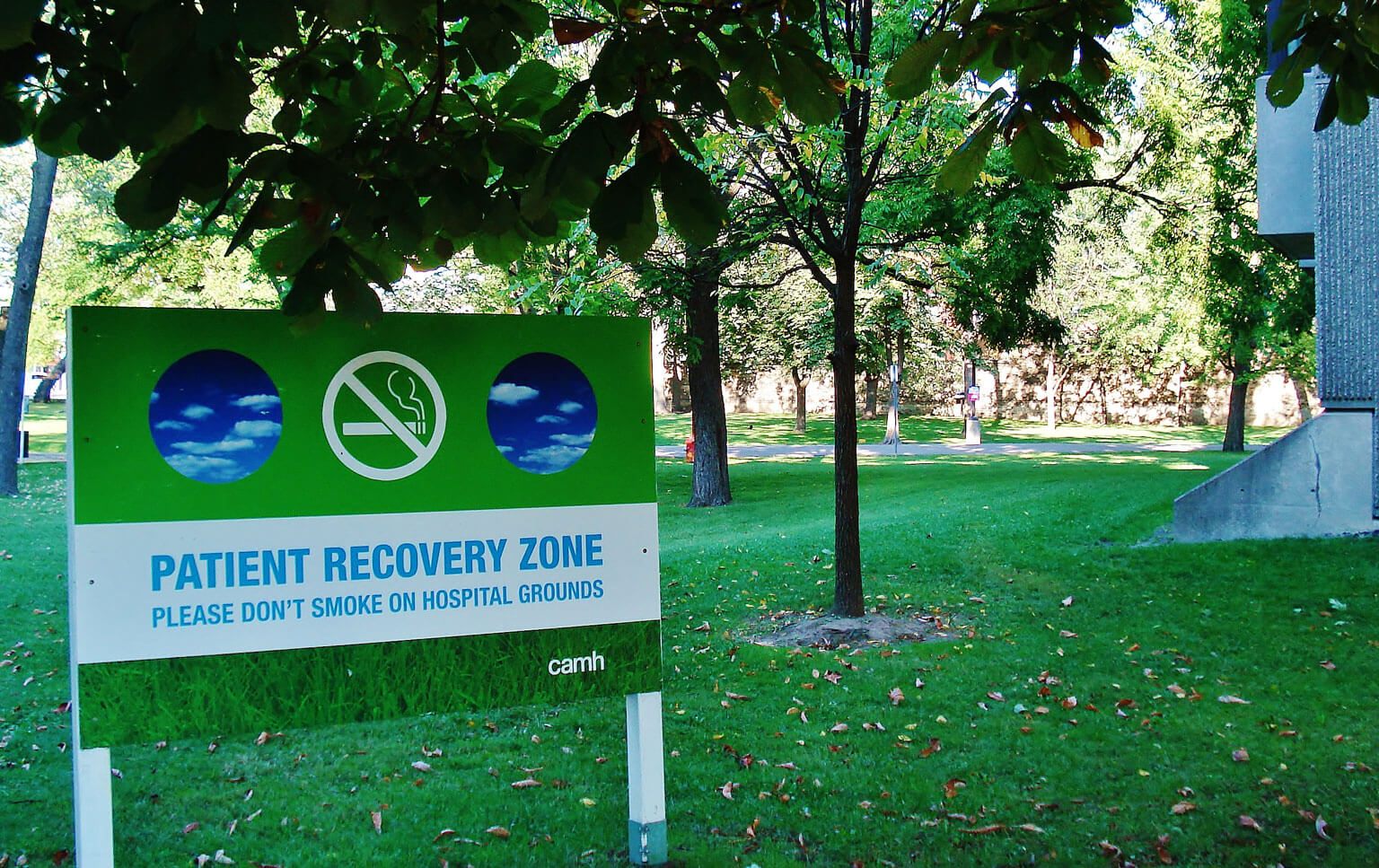 An extensively researched and  detailed account of how Trans identity politics is placing people at real risk at Toronto's Centre for Addiction and Mental Heath by Jesse Singal:


On paper, Dr. Kenneth Zucker isn’t the sort of person who gets suddenly and unceremoniously fired. For decades, the 65-year-old psychologist had led the Child Youth and Family Gender Identity Clinic (GIC), in Toronto, one of the most well-known clinics in the world for children and adolescents with gender dysphoria — that is, the feeling that the body they were born with doesn’t fit their true gender identity. Zucker had built up quite a CV during his time leading the clinic: In addition to being one of the most frequently cited names in the research literature on gender dysphoria and gender-identity development, and the editor of the prestigious journal Archives of Sexual Behavior, he took a leading role helping devise diagnostic and treatment guidelines for gender dysphoric and transgender individuals. He headed the group which developed the DSM-5’s criteria for its “gender dysphoria” entry, for example, and also helped write the most recent “standards of care” guidelines for the World Professional Association for Transgender Health  —  one of the bibles for clinicians who treat transgender and gender-dysphoric patients.

An impressive career, yes, but it’s doubtful any of this gave him much comfort on December 15. That was when he was called in from vacation for an 8:30 a.m. meeting with his employer, the Centre for Addiction and Mental Health (CAMH), one of the largest mental health and addiction research hospitals in Canada. Given the long-brewing investigation of his clinic by the hospital, it’s unlikely Zucker was feeling optimistic about what awaited him in downtown Toronto.

The GIC, which operates out of CAMH, pronounced “Cam-H,” had been standing firm against a changing tide in the world of psychological treatment for children with gender dysphoria. The “gender-affirmative” approach, which focuses on identifying young transgender children and helping them socially transition — that is, express their gender to others through their everyday clothes, name changes, or other means — has been on the rise in recent years, and has become the favored protocol of many activists and clinicians. GIC clinicians, who saw clients between ages 3 and 18, had a much more cautious stance on social transitioning for their younger clients — they believed that in many cases, it was preferable to first “help children feel comfortable in their own bodies,” as they often put it, since in the GIC’s view gender is quite malleable at a young age and gender dysphoria will likely resolve itself with time.

Many activists see this approach as a rejection of young children’s transgender identities, and Zucker as its regressive standard-bearer. As a result, the GIC had been tarred for years as a “conversion” or “reparative” therapy clinic — terms which conjure images of outfits operated out of backwoods shacks in the Bible Belt. Responding to what felt like a surge in this line of criticism from activists, CAMH had agreed in February of 2015 to commission an External Review that would evaluate the clinic’s operations, and possibly, Zucker and his staffers knew, determine its future. CAMH had already taken actions suggesting that that future might be dim: In June of 2014, the hospital closed the GIC’s approximately 80-family waitlist (for being too long, administrators said), and about two months before Zucker’s vacation was interrupted, the clinic’s only other full-time staffer, the psychologist Dr. Hayley Wood, was laid off on her first day back from maternity leave. (Wood declined to comment for this article.)

And now, the meeting: According to a source close to Zucker, he was met at CAMH by Christina Bartha, executive director of the hospital’s Underserved Populations Program. She gave the psychologist a three-ring binder: the long-awaited External Review. Bartha instructed Zucker to read it in her presence, and to offer up any comments he had about it. Not far into the report, Zucker told Bartha that he had noticed a factual error. Bartha responded that the review would be posted on the hospital’s website that afternoon, as-is — no changes. Zucker continued reading and saw that the reviewers had interviewed a handful of activists and clinicians who had claimed that the GIC was engaging in conversion therapy; that photos were taken of patients without their consent and then disseminated; and that former clients said they felt traumatized and ashamed as a result of their time there. Then, Zucker got to a truly bizarre allegation: A former patient, at the time an adolescent transitioning from female to male who was seeking a sex-reassignment surgery referral, said that Zucker had asked him to take his shirt off, laughed when he had done so, and then told him, “You’re a hairy little vermin!” The incident had never happened. Zucker looked at Bartha and, in disbelief, said something like, “So, you are going to post this on the website?” Yes, Bartha responded. Meaning that in a few hours, Zucker’s many detractors would read about how he had cruelly mocked the body of a young trans person.

Zucker told Bartha there was no point in continuing the exercise. Sometime around 9:00 or 9:15, Bartha left, and she was replaced by a human resources staffer who informed Zucker that he was fired, effective immediately. He was told it wouldn’t be a good idea for him to retrieve his coat and keys from his office — someone would grab them for him. Zucker was presented with materials on how to find a new job, and that was that. (Zucker’s attorney, John Adair, confirmed this account of his dismissal, while a CAMH spokeswoman and Bartha didn’t respond to a request for comment. Through Adair, Zucker otherwise declined to comment for this article.)

For transgender activists in North America and around the world, the ouster of one of their biggest enemies in the field of mainstream sex research was a spectacular victory. Sweeter still, they found out later that day that CAMH would be “winding down” the GIC entirely, with an eye toward eventually retooling and reopening it with input from its critics. Years of activism, years of hearing and telling stories about what Zucker’s clinic did to vulnerable, gender-questioning young people, had finally paid off. The activists had won what seemed like a satisfying end to a simple, sad story. “Infamous Reparative Therapy Clinic For Transgender Youth Set To Close” trumpeted ThinkProgress. “Hooray! A Big, Bad Conversion Therapy Clinic For Trans Youth In Canada Is Shutting Down,” went the MTV headline. Good prevailed over evil, in other words. Those innocent children would never suffer again.

Zucker, his colleagues, and their many allies in the world of academic sex research see things differently. To them, the real scandal here is how CAMH responded to a sustained campaign of political pressure: by allowing a vital scientific question — vital not only to gender-dysphoric and transgender young people, but to anyone who is a parent or will one day become one — to be decided by activists on the basis of flimsy, anonymous allegations. They think the activists’ claims about the clinic are unfounded, and argue that the controversy has more to do with adult agendas than with genuine concern for gender-dysphoric children and youth. As Dr. Jack Drescher, a psychiatrist with a research focus on gender-identity issues, explained in an email, this fight resembles many other culture-war battles: “[C]hildren serve as proxies for the competing value systems of adults.” Indeed, some parents of GIC patients feel that as a result of the clinic’s closing, their children have been cut off from a place that was — despite rumors to the contrary — a safe, nurturing environment for young people to explore their emerging gender identities.