My friend, the amazingly talented Toronto artist John Clapp, has had some experience with Toronto's social service agencies. Some of the people who operate and work for these agencies are decent and well-intentioned, and some are Poverty Pimps, who exploit the vulnerable while making large sums of cash in the process. Unfortunately, there are too few of the former and too many of the latter. The Poverty Pimps claim to represent the interests of the underprivileged, while in reality only seek to profit off them.

John has written the following so that his fellow Torontonians can be aware of some of what is going on in the system that is ostensibly helping the underprivileged: 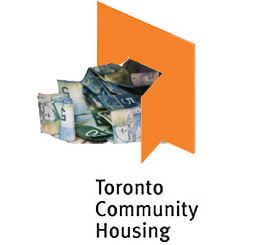 (How the TCHC [Toronto Community Housing Corporation], the SHSA [Shelter, Housing, and Support Administration] and the CCAC [Community Care Access Centres] victimize and neglect the vulnerable and marginalized people in their charge.)


I'm posting and sharing the anecdotes below in order to raise public awareness about the unethical and very likely criminal way that the administrations and staff of the TCHC, the SHSA and the CCAC treat their tenants, clients and patients.

Connie is a senior living in one of the TCHC's seniors' buildings. When she complained that the elevators and other important facilities weren't working and about multiple and varied forms of infestations (the usual rodents, roached and bedbugs), she apparently was bullied into silence by some of the other tenants, whom I suspect the administration of her building used as (unauthorized) "proxy enforcers" to keep tenants like her who complain and stand up for their rights "in line". One tenant even contacted her abusive ex-husband and gave him her address, clearly with the intent of putting her in danger of being a victim of domestic violence thereby.

Kierov who suffers from acute anxiety lives in a publicly funded so-called supportive housing unit on Tyrrel Ave with other tenants whose conditions range from intellectual disabilities to severe shcizoaffective disorders. When one of the more schizoaffective tenants pulls the fire alarm in the early morning hours, the woman running the house refuses to shut it off and lets it continue to ring for hours depriving the other tenants of their sleep, because as (I'm told) she put it in her own words: "she wants to teach the whole house a lesson.". I'm also told by the next door neighbor that she also seems to be using her (again) publicly funded authority to proselytize and promote her (likely Evangelical or Baptist Christian) religion.

Darryl suffers from advanced Duchenne Muscular Dystrophy. before being admitted into the nursing home where he currently resides, I lived in a bedbug ridden apartment in a TCHC building near Danforth Ave. He was hospitalized multiple times for (as I learned eventually) because of infections in his catheter resulting from sitting in soiled diapers too long while waiting for CCAC worker to change them. In Oct. 2015, his infection was so severe, he had to be hospitalized for 3 months. At that point, Paul Mackle, Rev. John White (Retd), Mary Roufail and Patti Lennox (from the STOP) and I decided it was time to intervene on Darryl's behalf. So in Jan 2016, while he was still in Toronto East General Hospital, we started looking for a nursing home for him as that was the general consensus among all stakeholders including attending medical staff. during a visit soon thereafter, we were dismayed to say the least to learn that Darryl's CCAC worker had sent him back to his TCHC apartment. Five days after being sent back to his apartment, Darryl had to be readmitted again for an infection in his catheter from sitting soiled diapers waiting too long to be changed.

Marcus was a multi year resident of the Cornerstone Men's Hostel at Winona and St. Clair Ave West, one of Toronto's most problematic and notorious shelters. In June of 2014, the residents thereof we're given about a month's notice that the property had been sold to a developer and that Cornerstone would be closing for about a year, while it made arrangements to move to Oakwood and Vaughan. Marcus was one of the few lucky enough to find a place to live in the general Wychwood area in that short span of time. Even after learning that Marcus had found accommodations in a rooming house, the Cornerstone's so called housing worker still tried to convince him to go to a shelter downtown. I suspect they took that tact because knowing that Marcus had friends and some work in the area, they knew also therefore that if he was still homeless, he would be more than likely inclined to resume residence at the Cornerstone when it reopened at its new location, and thereby securing for the org. $30,000/yr in public funds. By the way, the Cornerstone netted $3 million dollars on the sale of the property (it's prime real estate these days) and as 50 bed shelter receives at least $1,500,000/yr in public funds.

Francisco is a Mexican Canadian in his 90's who suffers from Alzheimer's and chronic incontinence and who had stayed at the Cornerstone Men's Hostel for about 8 months in 2011. I was volunteering in program development at Wychwood Open Door, when he came up to me with tears in his eyes, pleading with me to help him get out of the Cornerstone. He said that he had his wallet stolen and had been bullied multiple times by the residents there. He also reported that the shelter's bedbug problem was utterly out of control and the shelter staff made no real attempts to mitigate it. He also said the staff made no effort to address his (above cited) complaints. It should be clear to the reader, that Francisco was in need of a nursing home not a shelter, and yet for the entire duration of his stay at the Cornerstone, the staff made no attempt to help get admitted in such an institution that could care for him properly. Being somewhat overly idealistic at the time, I convinced my then landlords to rent him a 2nd floor room that had just recently become available. While he lived there, we contacted his daughter and with her help, arranged for him to be admitted into a proper nursing home. By the way, we didn't need $30,000/yr to do so. We just did it because it was the right thing to do.

(Sadly, there will be more such stories and exposure of likely criminal neglect and harassment from the above cited municipal public agencies particularly now that social media is becoming increasing accessible to the socio-economically marginalized.)