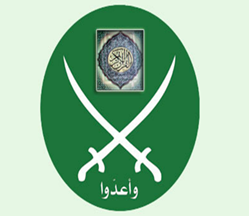 A new report written by Tom Quiggan, a senior researcher at Carleton University's Canadian Centre of Intelligence and Security Studies, details some of the extent of the Muslim Brotherhood's infiltration of North American institutions and society. The Brotherhood is a pro-terror, jihadist, Islamist organization. Among the reports main findings are:


KEY JUDGEMENTS:
Interestingly, one of the Muslim Brotherhood adherent groups the report lists is the National Council of Canadian Muslims, which is currently suing Prime Minister Stephen Harper for comments from the Prime Minister's spokesman saying the group had "links to a terror group such as Hamas."

Plus here's an informative talk about the nature of terrorism by Tom Quiggan:

Related: On Memorial Day, Hamas/Muslim Brotherhood-linked CAIR acts as a 5th column in America
Posted by Richard K at 9:38 AM

Just remember that Omar Alghabra is the #2 advisor to Justin Trudeau and will be second only to Justin's Chief of Staff Gerald Butts, in setting Canadian policy should Shiny Pony become the Prime Minister.

Harper Can't Call Canadians Terrorists and Get Away With It
by Omar Alghabra
http://www.huffingtonpost.ca/omar-alghabra/muslims-sue-pmo_b_4682824.html