Nash the Slash dead at 66 and other Toronto oddities

Oh no! The innovative and very talented Nash the Slash died earlier this week at the age of 66.

In related news, a developer has bought the Broadview Hotel at Queen and Broadview streets in Toronto, giving rise to speculation that Jilly's, one of Toronto's oldest strip clubs, will go out of business.

How are these related, you may ask. Well, for me they are because a very good friend of mine, a well-known film producer and director, used to live just a bit west of Boadview and Queen. He was a friend of Jeff Plewman aka Nash and the musician would often turn up at gatherings where we all watched obscure, gory B-movies. Nash appeared onstage dressed as the Invisible Man in bandages, and Jeff's identity was a closely guarded secret.

Back in those days, Jilly's was the only bar in the area, so my friend and I had no other option but to go there if we wanted to get a local drink. My friend, who was one of Canada's most prolific film producers and was quite flush with cash, would also pay for lap dances and force me to have naked women gyrate on and around me. So as you can imagine, these are traumatic memories I'm reliving for your benefit.

In other matters of local interest, on my return rollerblade trip from St. Lawrence Market today, where I went to buy some sundried olives, I skated by a very interesting promotional installation at the corner of Yonge and Elm streets. It is for the new Godzilla movie about to hit the theaters and I snapped a couple of shots (below).

This is some fascinating installation art and, as should be noted by the parasitical, untalented arts grant leeches that adore Olivia Chow, it didn't cost the taxpayers a nickel. In fact, I'd guess the city even made some revenue off charging for the temporary use of public space. 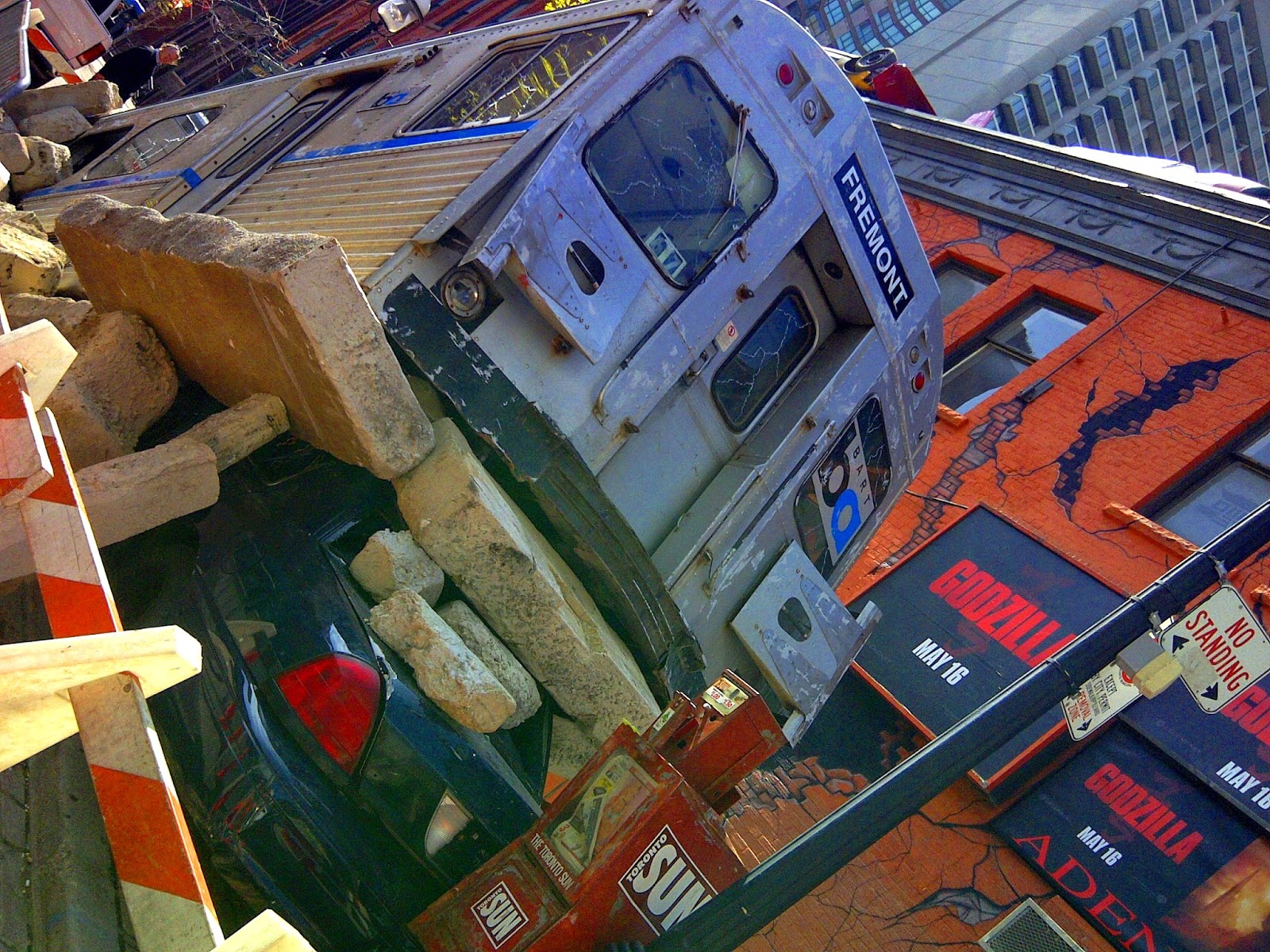 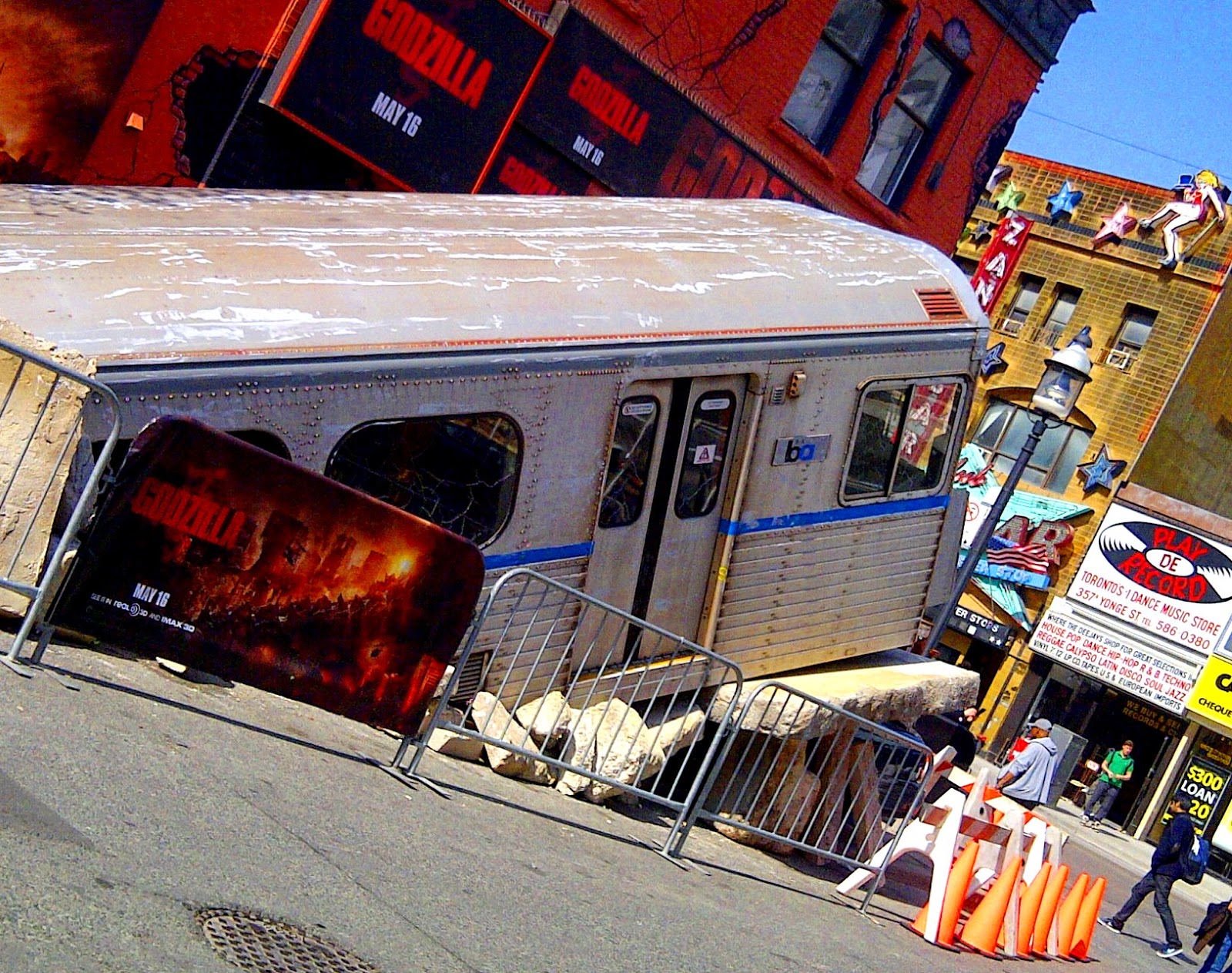 Thank you for mentioning Nash, he was an incredible talent, and will be missed.

The best story he even told me was about the time thieves fell onto the stage during an Iggy Pop performance...brilliant!

Very talented indeed and quite a nice guy.

I didn't know him well, but ran into him a few times at my friend's gatherings. I was a fan before I met him and the man under the bandages was not at all what you'd expect. Very soft-spoken, modest and well-rounded. I'd actually met him a couple of times before it came up that he was Nash the Slash.