Warren Kinsella, the Liberal party hack who has hitched his rickety wagon to Olivia Chow's mayoral hopes, has just gone off the rails by implying that Toronto Mayor Rob Ford is responsible for murder.


"1. The detectives who are investigating Rob Ford are homicide detectives – not drug squad detectives. Why do you think that is?

2. What is an “organized, aggressive attempt to retrieve the video of Mayor Rob Ford smoking crack cocaine”? Who organized it? And could that “attempt” include the actual murder of a young man who possessed the video? Hell, even Ford’s own staff thought that

3. How close are they, if at all, to making more arrests?

Tory knows he can’t beat Rob Ford - only Olivia Chow can do that. Tory’s entered the race, however, because he has somehow persuaded himself (via his BFF, Mr. Pringle?) that Ford will be arrested before voting day – thus, the theory goes, removing his only obstacle to power (he’s wrong about that, natch, but that’s what he and his golf buddies believe). "

Kinsella seems determined to accomplish for Chow what he did as a consultant for Rocco Rossi's disastrous mayoral campaign against Ford; reduce it to cheap publicity stunts and desperate, pathetic efforts to get attention. Evidently, Chow, a spendthrift socialist who numbers a Khomeinist hatemonger and radical nutcases among her compadres, is panicked by John Tory's entry in Toronto's mayoral contest. Ford's support base is rock-solid, but the anti-Ford vote upon which Chow hopes to capitalize would be split further with both Jack Layton's widow and the unsuccessful former Ontario Progressive Conservative leader vying for the mayor's job. 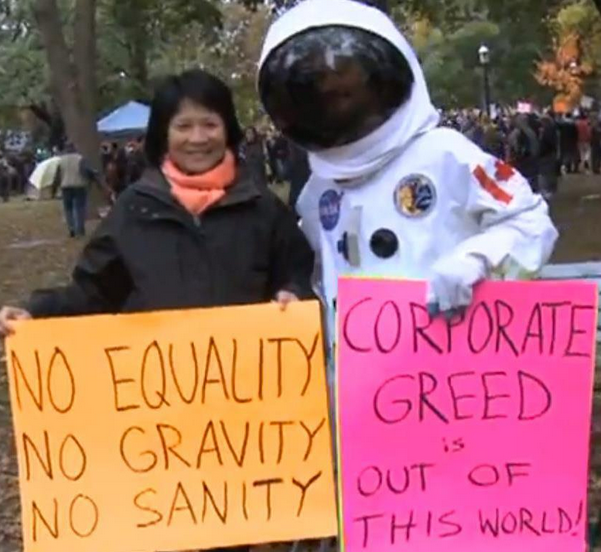 Making matter more problematic for Chow is that she has almost no support beyond downtown Toronto and even large segments of the Chinese-Canadian community detest her. Entrepreneurial, independent-minded ex-pats from Hong Kong came to Canada to escape communism, and they are not going to support a hard left socialist just because she shares their ethnicity. 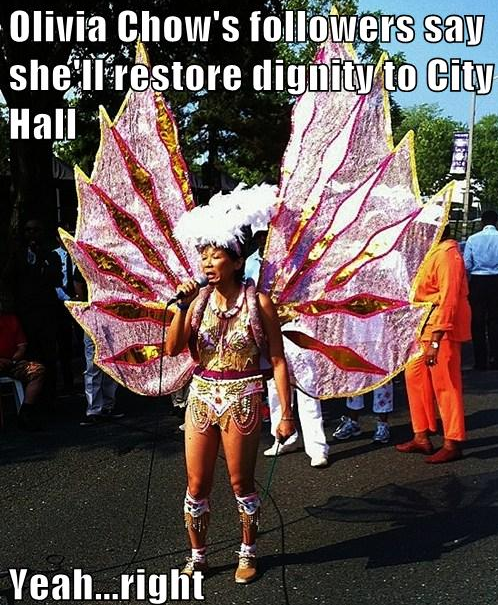 Chow hired this guy? She must have known what she was getting. Maybe she wants to alienate the Chinese restaurant goers.

I'm not sure if Kinsella is paid or is currently a pro-bono sideline cheerleader. In either case, I'd think he'd be about as useful to a political campaign as a genital herpes outbreak to a nude model.

LOL, sometimes the far left forget that this is not the United States. Visible minorities in Canada do not vote for someone just because they are of the same racial group.

Have you seen Kansmellya's tweet in the wake that FORD is the victim of extortion?

"Warren Kinsella @kinsellawarren
What does cops fighting on page one of Star mean? Means Crown will now NEVER lay charges. That's over. Want him out? Vote him out.#TOpoli

That's the only fair approach and the only one that deserves respect in a democracy. Too bad so many of the Ford-haters, against their instincts and best efforts, are only finally coming to it as a last resort. At least they had a chance to put their anti-democratic reflexes on display.