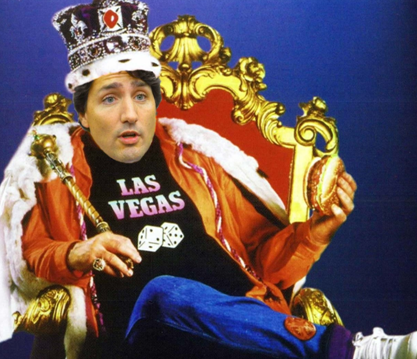 ...“In some cases, we have to put boots on the ground, the Canadian military, but in a way that understands there are places in this world where, of all the different Western countries, perhaps only Canadians can go — because of America’s imperialist connections, or because of European colonial powers,” Trudeau mused, while trying to articulate some sort of vision on international development. Or on his master plan to invade foreign countries. I’m unsure.
The Salam interview makes it pretty clear that if there is one leader interjecting partisanship into foreign policy, it’s not Stephen Harper. The opposition parties have been notorious in plying pop-policy to build some flimsy narrative around Harper’s reputation as a callous operator on the international stage, and it needs to stop.
While Trudeau might be more articulate in his notional objections to Harperism, the NDP aren’t much better, what with foreign affairs critic Paul Dewar handwringing that Baird’s shoulder-to-shoulder march through Kyiv might wrongly place Canada “on one side”of the Ukranian crisis. But while the NDP’s high-minded internationalist rhetoric, if absolutely nothing else, underscores Harper’s sometimes-excessive unilateralism, Trudeau’s muddling through tough policy questions borders on narcissism.
“One of the big difficulties for me has been, all my life, I’ve been an international traveller. I’ve spent years travelling around the world, seeing all sorts of different countries,” Trudeau lamented in the Salam interview...