Is Religion a Tool of the Devil?

Religion has been giving God a bad name for all of recorded history, and probably before that too.

Abram, who later became Abraham and fathered what would become Judaism, Christianity and Islam, left his home because he was fed up with the local religion. So he took off and started a new one. And it has continued in much the same way since then.

The fact is that there are some astoundingly good people who are religious. The three Abrahamic religions are based on noble principles of justice and charity. Most people who devote their lives to their religion practice those principles to a greater degree that the average person. Critics of religion who point to all the evil done in the name of God by religion naturally provoke the sincere souls who practice the humanitarian aspects of their faith and participate in a community of others who do the same.

That religion has corrupt, evil practitioners no more makes it an inherently malignant institution than Tammany Hall made American democracy inherently malevolent. It is, however, undeniable that lots of very, very bad people do very bad things in the name of their religion, while claiming they are doing the work of God or Allah.

But in the increasingly heated debate between atheists and defenders of traditional religious practice, there is yet another approach. 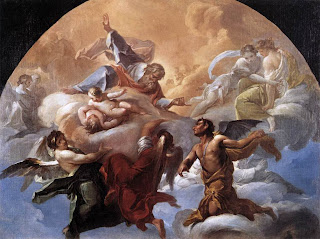 From the outlook of a believer, any obstacle between a person and God is an evil impediment.
Is organized religion something that fosters closeness to God, or is it a deceptive obstruction that encourages sublimation of our relationship with the Almighty in favour of a tellurian authority, making it a metaphorical tool of the devil?
To examine that question, let us begin with another: What is the most precious gift that God bestowed on Mankind?
Other animals have great strength, remarkable speed or the ability of flight, any of which in a human would be considered superpowers. It is man’s ability to reason, to learn, and to build upon this body of knowledge that distinguishes our species and has given us the ability to dominate and shape our world.
Yet organized religion frequently requires us to discard this gift that God gave us in favour of faith. But not a faith in God or our individual ability to be guided by Him. Religion often demands we stifle reason in favour of catechism. In effect, telling us to affirm obedience, not to God, but to humans claiming to know His will. Many of whom, throughout history, have had rapacious motives. What could be more an instrument of the devil?
Religion abhors atheism, but does God? If God lives, He is not an imaginary friend who ceases to exist if you don’t believe in Him. God can employ atheists to His purpose just as He does believers. In fact, atheists are frequently more moral, better people than many who profess religious beliefs.

The biblical story of Babel in the Book of Genesis describes God’s confounding the language of the peoples of the earth, ”that they may not understand one another's speech.” But people have the capacity to learn other languages. What they can learn but not accept is another’s creed.

What if the story of Babel is not about God separating and setting the peoples of the earth against each other with language, but with religion? And what if that was not the work of God, but of the devil?


The idea that religion can stand in the way between us and our relationship with God is not a new one.
﻿﻿

Religions frequently become institutions concerned more with their temporal authority than being a conduit for the divine spirit. The Reformation and Luther’s 95 Theses were a reaction to corruption within a Medieval and early Renaissance Catholic Church which sold, for money, not only ecclesiastic authority but tickets to Heaven. Indeed Christianity emerged as a reaction to the stagnation and rigidity of Judaism.
The founders of the first monotheistic religion understood how codification of religious practice countered God’s design that our relationship with Him should be evolutionary. Judaism separated the Written Law, consisting of the Five Books of Moses, the books of the Prophets, and Psalms, from the Oral Law. Jewish tradition teaches that the penalty for writing the Oral Law was death. The motive being that old beliefs and traditions were supposed to die out as our progressive comprehension made them irrelevant.

The Babylonian Talmud was recorded in violation of the law to preserve knowledge that Diaspora Jews feared would be lost. By doing so, they created a template changing Judaism from an evolving body of understanding into a time capsule of antiquated rituals. And all major religions operate from similar templates.

If we are God’s children, then evolution can be seen as the maturation and education of mankind. Religion is the invention of answers of which the inventors have no way of knowing. As a caveman would not be able to comprehend the principles of advanced physics, we are far from the ability to comprehend neither the nature nor the will of God as it applies to the universe. Yet the arrogant presumption of that capacity is the embodiment of what religion represents.

To criticise religion is not a denigration of religious people. But just as Marxism has individual adherents who are good people, in practice, that system always leads to totalitarianism. So is religion a poison tree that sometimes produces beautiful fruit.

This is not an argument to discard faith. It is an argument to have faith in God and His ability to guide you personally and directly without an intermediary.

Every soul is its own cathedral, each mind its own bible. As God’s creations, we have the individual capacity to be a prophet and messiah to ourselves, if only we learn to listen and to use the gifts He gave to all of us.

A serious study of theology is essential for understanding of the motives of societies. Communism was the conundrum of the 20th century, and in the 21st it's organized religion - especially the most virulent form - Islam, which after Friday prayers causes most people to batten down the hatches as the "faithful" storm from the mosques in a murderous frenzy, visions of jihad dancing in their heads.

Secularists by definition will not do serious study of it however, since the deep revulsion of religion built up over the last couple of centuries keeps the student from learning, since he believes he knows more than the teacher - an impossible learning scenario.

Perhaps it would be best for us to look at religion not as something to be banned (it ain't going away), but as in this article, something like "we have automobiles, which cause mayhem and destruction, but we also see a use for them".

Just sayin'. It's not scary - it's an opportunity to learn about the human condition to an even greater degree than philosophy, since its scope includes philosophy but much more as well.

The human race is a sad case, we have wandered the earth for millions of years ,so much pain has this race experienced that endless pages won't be enough to register the pains of this sad and helpless race, we don't know nothing and the things we have invented to splice our minds only have meaning in our heads we are like the blind and deaf people but we have the illusion of having eight and the ability to hear ,our planet is potentially a hostile entity to our needs ,only by being forever hopeful can a weak and hopeless and violent race like humans have a hope ,the universe is a violent place to weak creatures like humans, the reason the human race is so violent is for having experienced many mass extinctions and if a distant star goes supernova we would have no chance of existing as it has happened many times before, animals are much more Nobel than us because they don't have our crazy genes for creating stories and feeling superior to others , unfortunately being born as a human is the most catastrophic thing that can happen to a biological possibility, we have no future since we are a sad race with massive ego.