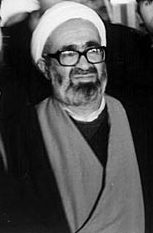 In an extraordinarily blunt manner, Montazeri is heard telling his audience, among them the sharia judge and public prosecutors, “In my view, the biggest crime in the Islamic Republic, for which the history will condemn us, has been committed at your hands, and they’ll write your names as criminals in the history.” 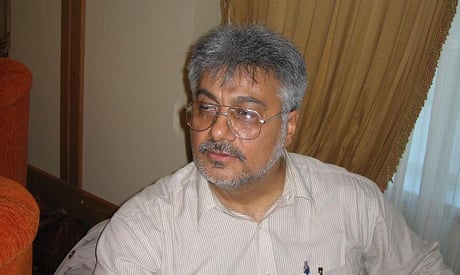 Read more
The 1988 mass execution is believed to have started after the MEK forces, which had defected to Iraq and were fighting alongside Saddam Hussein against their countrymen, launched an unsuccessful military incursion against Iranian forces. The MEK, which was listed as a terrorist organisation by the US and Europe for many years, is still hugely unpopular in Iran because of its terror campaign after the revolution. It has become a cult-like group, condemned by the UN for its treatment of its own members.
In the audio recording, Montazeri tells his audience that he believes the authorities had a plan to execute political prisoners for a few years and found a good excuse in the wake of the incursion. Montazeri’s own son, Mohammad, was a “martyr” of the 1979 revolution, whose assassination the ayatollah blamed on the MEK. Not all the people killed in 1988 were MEK supporters and most were in jail for some time.
The ayatollah says he felt compelled to speak out because otherwise he would not have an answer on the “judgment day”. “I haven’t been able to sleep and every night it occupies my mind for two to three hours … what do you have to tell to the families?”
Later in the recording, Montazeri insinuates that the number of people executed since the revolution outnumbered those put to death by the deposed Shah. When an official seeks his consent for the last group of around 200 people to be executed, he is heard saying fiercely: “I don’t give permission at all. I am opposed even to a single person being executed.”
Although execution of dissidents was rife in Iran in the 1980s, the 1988 summer executions were on a different scale. Amnesty International estimates the number of people put to death in that summer alone to be about 4,500, although others talk of bigger numbers.

The detention of Homa Hoodfar is unjust and unIslamic. Iran should release her


Read more
A fatwa issued by Khomeini in 1988 ordered the execution of apostates who refused to recant...
Posted by Richard K at 2:53 PM