The judge ruled that Vigna was defamed because there was no proof Vigna was lying, or "fibbing" when he made the claim.

Vigma also claimed "defamation" for mocking comments Levant made about Vigna, referring to him as "Serenity Now" Vigna and comparing him to George Costanza's father on Seinfeld.

The judge ruled that while the comments were mocking, they were not defamatory.

So do NOT call "Serenity Now" Vigna a fibber. He isn't a fibber, he just wasn't serene. 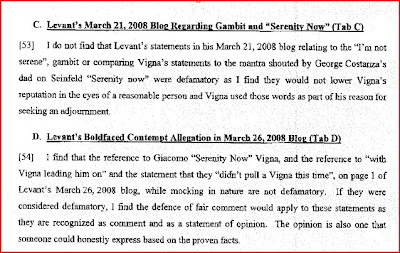