Milo Yiannopoulos and the hypocrites campaigning against him 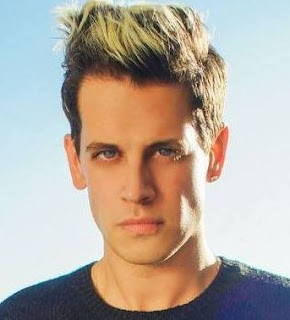 I've been reluctant to wade into the minefield around Milo Yiannopoulos' recent fall from grace over a comment he made about the hypothetical idea of sex between an adult and a 13 year old.

But there has been so much obvious distortion and propaganda deployed to exploit the controversy that I feel obliged to enter the fray.

When it comes to denouncing and exposing those who are trying to sexually exploit children, I have considerably more credibility than most people in mainstream media.

In 2013, I exposed a conference, backed by the Ontario Institute for Studies in Education, aimed at teachers of young, elementary school children, which aimed to normalize the idea of adult sexual attraction to children.

I tried very hard at the time to get the mainstream media to cover that conference, which had the imprimatur of influential faculties in the field of childhood education. With very few exceptions, they weren't interested. The mainstream media simply didn't want to expose a radical left wing, so-called "social justice" oriented institution's wrongdoing, since much of the media shared its agenda.

I've also forcefully spoken out against Ontario's current sex education curriculum which introduces sexualized content to children at an inappropriately young age. I spoke out about it before and during its introduction, despite the dishonest characterization of such criticism by the Premier of Ontario and others, of it being motivated by homophobia. I fully support gay rights and equality for gays. I'm against the introduction of any sexualized content for young children in school, because it is potentially psychologically harmful for those who are too young to have any comprehension of post-pubescent human sexuality. There is reason to believe that one of the goals of the curriculum is a political and social effort by the extreme left to normalize the unscientific concept of gender fluidity, which they claim can happen at any age from infancy up. Or more to the point, many of its proponents are Marxists intent on undermining the core beliefs of western, capitalist civilization. Many, but not all have that motivation, The architect of the curriculum currently in use is Ben Levin, an OISE professor who was Ontario Premier Kathleen Wynne's mentor and is a convicted pedophile. Levin was convicted of trying to entice a woman to have sex with her 8 year old daughter and for having graphic, sado-masochistic child pornography.

So now we come back to Milo.

An extremely ill-advised quip Milo made about whether some 13 year olds are sexually mature enough for sex has done what leftist rioters smashing windows into fragments and setting cars ablaze could not. It's managed to get him silenced. Because of that comment, which was exploited by media and anti-Trump activists, Milo has been dis-invited from a major conference and he lost a book deal with Random House. Leftists are crowing about his fall.

But make no mistake about what happened. Milo's comment was stupid without doubt. 13 year olds aren't mature enough for sex with another adult. Not under any circumstances. I don't even think 13 year olds are mature enough to have sex with other 13 year olds. But Milo's comment was off-the-cuff by someone who himself was the victim of child molestation and who has a history of denouncing pedophiles. Milo has made it abundantly clear he did not mean what he said and has denounced pedophilia in no uncertain terms, even prior to this incident.

But take a look at those reveling in Milo's misfortune. Many of these newfound guardians of children's well-being are the same people who very decidedly say kids who are too young to walk home from school alone or make decisions about their own bedtime should be given hormone blockers because he or she thinks they're the 'wrong' gender.

The people who are outraged over Milo's brain fart about a 13 year old potentially being sexually mature are encouraging sexualized education for prepubescent children practically half that age.

What happened to Milo has nothing to do with his comments about teenage sex and everything to do with the ideological threat he represented to the left and to the "Never Trump" movement. Because one of the things Milo did was to illustrate that support for Trump was rebellious and possibly even the New Cool.

Milo took arguments critical of the dangers of leftist campus censorship, idiotic "critical race theory," identity politics, some of the more deranged forms of feminism, and other pillars of the extreme left into the belly of the beast. Milo would venture onto college campuses and by being witty, funny, thoughtful and introducing novel ideas, he was what his opponents feared most. Milo was persuasive.

For his troubles, Milo,  a gay man with a Jewish mother who has romantic relationships with black men and Muslims. was lied about. Paradoxically, he was portrayed by dishonest and ignorant opponents as a racist, an anti-semite, and a white supremacist.

Those were lies, and it seems to me that the current campaign to destroy Milo is a campaign by the left and Republican "Never Trumpers" to get rid of a person and ideas they find threatening to the status quo.

I don't agree with everything Milo has said, and I'm not only referring to his stupid comment about teenage sexual maturity. But his is an important voice shining light on significant issues. For that reason, I hope Milo is able to overcome this controversy and his voice continues to be part of the conversation.


if bill maher thinks sunlight is the best disinfectant then here's him saying the same shit as milo, that it's ok for adults to fuck kids pic.twitter.com/tqPAzbGY3J
— warrior cop (@wyatt_privilege) February 22, 2017

"Those were lies, and it seems to me that the current campaign to destroy Milo is a campaign by the left and Republican "Never Trumpers" to get rid of a person and ideas they find threatening to the status quo."

No, Richard. This was no campaign by the Left. Milo's Drunken Peasants talk was on the Net for over two years and the Left never used it. He was on Joe Rogan and they never used what he said. The Left didn't touch him because of his gay CSA. It's taboo among both sides.

Milo sowed his own fate. This was no Hillary or Soros job. One wonders if it was so, why'd it take so long to ruin Milo? Of all the things he's done, why did the pederasty undo him?

Because it's taboo. And he groomed the Right in his own image.

I think not. Bill Maher said much the same thing as Milo, even though he's taking credit for Milo's demise.

We'll see. If Bill Maher's show is still on the air next week, then I'm right. If it isn't, then you may be right.

Did you read the article about the Reagan Battalion?
Exclusive: Meet @ReaganBattalion, the anonymous squadron that destroyed Milo's career https://mic.com/articles/169118/exclusive-meet-reagan-battalion-the-anonymous-squadron-that-destroyed-milo-s-career

Sargon has a video discussing liberal hypocrisy on Milo, which ends with a discussion on Hollywood "Drugs and Twinkies" parties. https://www.youtube.com/watch?v=KP7vi9oLk54