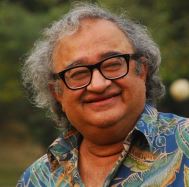 A bounty amounting to slightly over the equivalent of $15,000 is being offered for the beheading of my friend Tarek Fatah by an extremist Muslim group.  Can someone point me to the religious Christian or Jewish groups that are paying for hits on people whose viewpoints they don't like in 2017.

So much for the "all religions produce extremists"  moral equivalency argument.


A Bareilly-based Muslim organisation has announced a “reward” of Rs 10 lakh to behead Islamic scholar Tarek Fatah for allegedly promoting “un-Islamic” views through his TV programme.

“Tarek Fatah is conspiring to disrupt harmony between Hindus and Muslims. He is as an agent of our enemies. He must be stopped at any cost and our organisation will pay Rs 10,00,786 to any person who will decapitate him,” said Moeen Siddique, head of the council.

“He and his programme are being funded by foreign enemies of our country and the government must initiate an inquiry against him,” Siddique said.

Fateh, a Canadian national of Pakistani origin, is known for his secular views against Islamic fundamentalism...