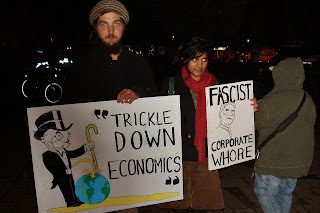 Visiting the "Occupy" movement encampment in Toronto yesterday, it became clear that it is neither a "movement" nor a "protest." There are many sides to it.  It's a cacophony of confusion and an excuse for people who have been dubbed as "flea-baggers" to get together, engage in meaningless political debate, smoke joints, express frustration and political and economic systems about which they they quite obviously don't have the slightest understanding, and basically have fun while pretending to be a "rebel".
If I were 19 years old, I would probably be there myself for a night or two, just for the fun of it. Should it last long enough, it might become a social, apolitical thing to do on an otherwise uneventful evening.

But that's just one dimension. The other is more insidious. There are the usual suspect fanatics who see this as an opportunity to exploit a phenomenon for their own purposes. Neo-Marxists obsessed with class warfare like the fanatics of OCAP, union bosses who  want to impose a version of the Workers' State (with them at the top, of course) that would make Stalin proud, and a collection of other professional protesters and grievance-mongers, including communists and vapid anti-Israel groups, are the mainstays of this gathering. 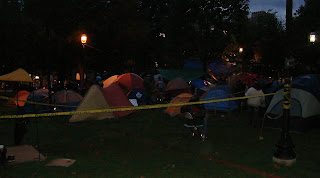 Make no mistake, there's nothing really new here. These are the same people you've seen at any other large protest gathering - these are exactly the same people who came out to protest the G20, only this time they brought tents.

The more one listens to the insane hodgepodge of irrational demands and unworkable, idiotic proposals from participants in the "Occupy" characters, it becomes very clear that they do  not represent the 99 per cent of the population that they claim. 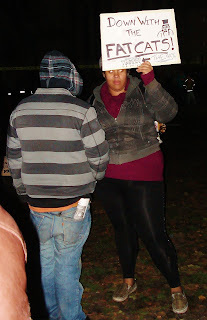 They seem to be representatives of the 10 per cent. Five percent are the ones already discussed. As to the rest, the National Institute for Mental Health estimates that five per cent of the population suffers from serious mental illness. That is a substantial number in a country with Canada's 34 million plus population. It means there are over a million and a half Canadians with serious psychiatric problems, the incidence of psychiatric problems among homeless people is very high, with estimates ranging from fifty to eighty per cent. Along with the professional protesters and curiosity seekers, the mentally ill are very obviously over-represented in the Occupy "movement."

These are the people who want to demolish a system that has provided the best standard of living and greatest opportunity for people of every background in the history of the world. They want to replace it with a socialist system that has invariably led to totalitarianism wherever it has been implemented in the past. It was tried in Cuba, the Soviet Union, Communist China, Cambodia under Pol Pot, North Korea and other failed states. This is what these people want for us. And they want to be the 1% who control it. 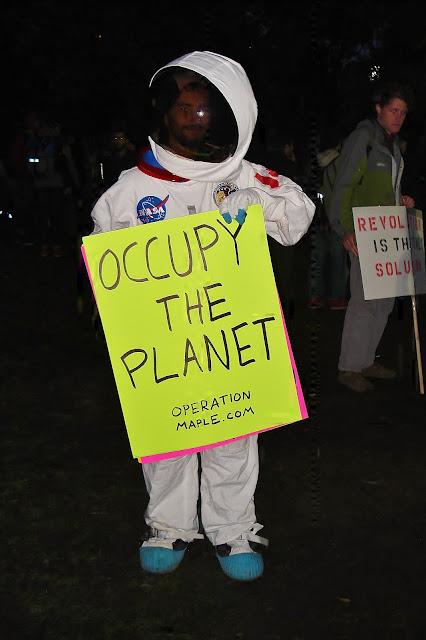 Ten percent, isn't that being generous? I think of the one percent that wants what the other one percent has.