Does the Toronto District School Board need "Gender Independent Groups" for kids in kindergarten??? 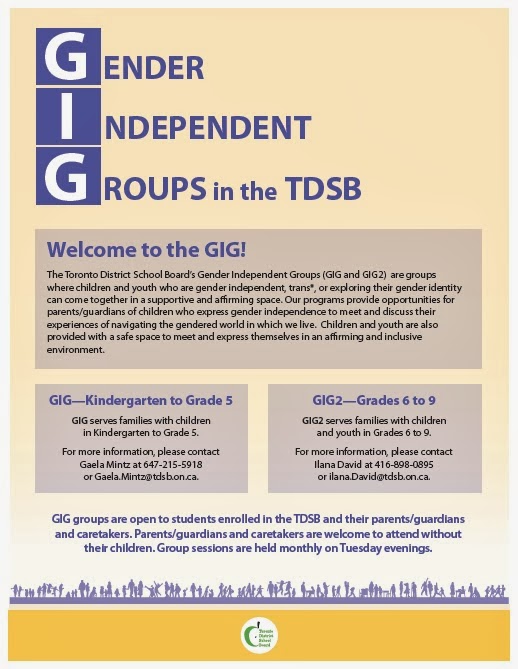 We're told by third-rate academics in Gender Studies programs that gender is a social construct.

On the other hand, neuroscientists and biologists know that there are distinct differences between male and female humans which are not only physiological, but affect thinking patterns and behavior.  For that matter, so does anyone with minimal observational ability and a modicum of common sense.

Those of us who have children, or remembers anything of their own childhood, are aware of the natural differences between the sexes and that gender and sex are just two sides of the same coin. Many of which have obvious evolutionary purposes, since females are the ones who must gestate and nurture children in their early stages.

So the "social construct" of "Gender Independent" children is in all likelihood one imposed on them by idiot, activist parents and despicable, ideologically-driven educational theorists determined to use  children as Guinea Pigs in a social experiment destined to colossal failure.

The Toronto District School Board and Ontario's Ministry of Education are the enablers of this depravity and are pushing it to children as young as age 5.

h/t Socialist Studies
Posted by Richard K at 9:30 AM

I feel sorry for my grandchildren who will go to school there.

LBGT people are defective humans. Normal humans are hetro and they leave their kids out of the sexual world, usually until they are closing in on puberty. At that point they understand what sex is. A five year old can ONLY be a victim of perversion if they are being exposed to sexual ID stuff.

Arrest those perverts before they do any more harm to the kids. Where the hell are the parents on this?

Well, Ofay, I have to strongly disagree with your characterization of Gay people as "defective humans."

From a purely Darwinian standpoint, the purpose of a species is to reproduce, but I would no more use that type of description to describe gays than I would to describe someone who was infertile.

I do agree that pre-pubescent children, particularly ones as young as the ones targeted by this TDSB program, are far too young to be exposed to issues of sexuality of any sort. In fact a great number of people believe it can be psychologically damaging to young children and the motives of the people behind such things should be examined thoroughly.