From Part 1 of a three-part series at GenuineWitty: 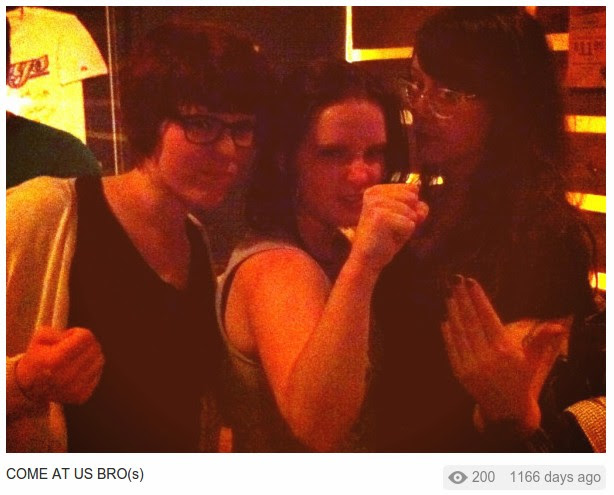 ...Woolley’s article kicks off making an overconfident claim that Elliott’s is the first case of criminal harassment over twitter. Turns out it isn’t, news came out a few days after the article that Conservative MP Michelle Rempel received death threats over twitter from a Toronto man last year. He was convicted of the same crime Elliott as charged with- except that Elliott never made any threats.

It’s curious that Rempel’s incident wasn’t covered by the media, yet Elliott’s case was widely covered- somepassing judgment long before the trial began. This is probably because Rempel took the ethical path of staying quiet after the arrest- while Elliott’s formerly alleged victim Stephanie Guthrie was eagerly accepting interviews with her allies in the media. Woolley disclosed she knows the complainants in Elliott’s case- but left some very important information our of her disclosure.

The writer describes herself as a feminist who was attracted to follow the case because she’s been subjected to death threats- Guthrie tweeted a false claim that Elliott sent her one. She also claims to have been subjected to “near-constant vitriolic responses” to her opinions. I can sympathise having faced years of the same, but as will be clear by the end of this article, she’s not helping the situation by cheerleading for people for people who start online swarming attacks.

Woolley feels that this case has been “repeatedly misrepresented” and has responded by misrepresenting the case as being one sided. She combed through the final ruling and pulled out the judges criticism for Elliott’s politically incorrect tweets: “sexist,” vulgar,” and “obscene”. But she completely ignores how the complainants sent vicious tweets smearing Elliott as a pedophile. She also omits to mention the judge’s use of the word “violence” in regards to Stephanie Guthrie’s behavior when she launched the swarming attack, we’ll dive deeper into that shortly.

While many saw Elliott’s arrest as an assault on free speech Woolley doesn’t believe that, says it’s “an argument often steeped in anti-feminist rhetoric.” In Woolley’s circles calling something anti-feminist is the equivalent of saying it’s racist or homophobic- an easy way to brush off and discredit criticism. In the real world, feminist social justice warriors spend an awful lot of time trying to shut people down. It’s such a common occurrence with Toronto’s feminist SJWs that they’ve given our city a bad reputation...