Some unexpected support for Libby Davies.. or maybe not unexpected 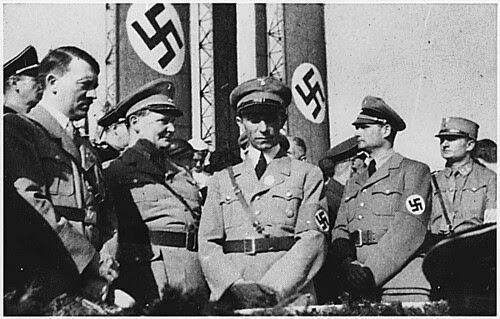 It seems Libby Davies has some new fans.

The neo-Nazi morons at Stormfront.org have a forum discussing Stephen Harper and Bob Rae's calls for Davies' resignation where they voice strong support for Davies' positions towards Israel and take a rather detrimental view of Rae.


One wonders what Davies makes of her new-found support.

One of the Stormfront gang, who calls himself "CanadianMike" wrote, in comparing Davies to Rae:


"Listen here, you fascist. I would rather a person represent me who is an honest patriot with minimal education than a Rhodes Scholar Jew lackey."

I'm confused. I thought "fascist" was considered a compliment by those idiots.
Posted by Richard K at 6:31 PM