Just when you thought the NDP couldn't get any weirder.. Let me introduce you to the ideological leader of a certain wing of the NDP 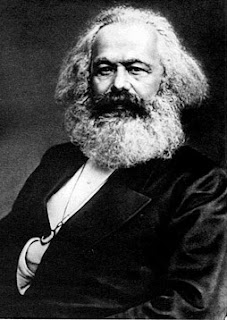 I should never lead an item with a headline like the one for this piece. If there's one thing I've learned about politics, it's the infinite capacity for stupidity and weirdness from the fringes on the far right and far left.

The New Democratic Party Socialist Caucus has a manifesto.

How could they not?


But how disappointing would it have been if the NDP Socialist Caucus had anything but a manifesto? And as Libby Davies has recently reminded us, the Looney Left rarely disappoints in that regard.


Some quotes from their considered document tells us how the state should control all means of major production, all banking, distribution and exchange, or basically, everything except the vegetable patch you grow in your back yard. Although that would soon be the collective back yard, since along with Capitalism and Free Enterprise, private property would likely be the next thing on their lengthy list of things to abolish.

In their own words:

The global capitalist system is today in the throes of a massive economic, political, environmental and social crisis. If the capitalist system continues to exist, growing poverty, violence, war and repression and environmental degradation will be the fate of working people across Canada and around the world. The Socialist Caucus of the NDP does not believe that it is possible for working people anywhere to achieve significant and permanent social and political progress without transcending the limits of capitalism. A prerequisite is the establishment of Socialist governments all across the country, federally and provincially.

By a socialist system we mean the replacement of the private ownership of the major means of production, distribution, banking and exchange with social ownership under workers' self-management and democratic government. A socialist NDP government would as a first order of priority institute a system of economic planning with the objective of satisfying human needs rather than private profit.

And we know it's a great idea, because it worked out so well for the USSR and Communist Albania.

You can look at the NDP Socialist Caucus Manifesto for yourself here.

I've read about the Workers' Paradise the NDP Socialist Caucus has planned for us. It was in George Orwell's 1984. And it wasn't pretty.

This is part of the NDP the Liberal Party was considering merging with. The Libby Davies fiasco has done the country a tremendous service by focusing the spotlight on the lunacy that would edge closer to the halls of power if that merger were to occur.

On the bright side, it's not like they don't have any fun in store for us. The NDP Socialist Caucus website also has a prominent header titled Cuba Tours. 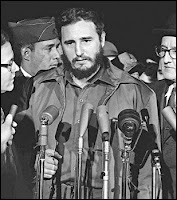 There you can see glorious life as dictated by their other inspiration....


If you have about 1 3/4 hours to kill, here's a chance to watch the life the NDP Socialist Caucus would build for us, given the chance (This remarkable production includes a young Peter Cushing and Donald Pleasance):

Anon is a moron.

Some really constructive comments so far.

While there are certainly some nutters in the NDP ranks, it would appear every party is afflicted with such cases. Here in the lower mainland of British Columbia, we have perennially elected Conservative MPs who believe that they - and their ilk - will escape 7 years of torture for anyone who isn't Christian, or "Christian enough." Not only this, but many actually pray for this End Time calamity to fall within their lifetimes. If this isn't extremism I don't know what is.

Face it, we all have our crazies, which has been one of the reasons the Liberals are traditionally so successful. They don't stand for much, at least not definitively, and therefore don't attract people will such definitively fringe ideas. The Conservatives, NDP, and Greens, however, will always have this fringe element. It is therefore the party, such as the Conservatives, that can shut their MPs up as much as possible that wins - even if it means stifling democracy in the process.

This is what their leader told me last year about the length, breadth and scope of the "Israeli occupation" (he's at the very beginning of my video).

Re Josephine's video: I have been puzzled by the left's anti-Israel sentiment. I can understand someone trying to weigh issues on both sides, or even making a judgment that might favor the Palestinians -- but what's in it for the left? Why are they so strong in their opposition to Isreal? (Note: I am not looking for defense of the Palestinian cause -- we got that in the video.) I am curious about why the left seems to have a vested interest in this -- and don't tell me these union honchos are simply interested in supporting the "downtrodden". There is a game going on here and I have not figured out what it is.