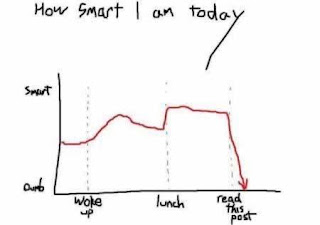 What has been most prominently mentioned is that the Conservative Party of Canada's polling numbers have slipped. The portion of the poll taken between July 28 and August 3, places the federal Tories at only 1.3 percentage points higher than the Liberals, within the poll's margin of error.

The methodology and EKOS' interpretation of the poll is very strange.

The 4 questions asked were:


The poll results, which can be viewed in their entirety here, suggest they may not be a particularly accurate reflection of how an election will turn out.

The poll, commissioned by the left leaning Canadian Broadcasting Corporation shows some major fluctuations in the two weeks, with the Conservatives' national lead shrinking from 8% to 1.3 in the course of a few days.

Are Canadians that fickle that quickly? Possibly, but it may have a lot to do with the inaccurate nature of polling prognostication combined with the fact that people take their responses to poll questions a lot less seriously than their choice in the voting booth.

The $1 billion price tag on the G20 summit probably didn't help the Conservatives, but that was public knowledge before July 21.

EKOS provides some unsubstantiated explanations which some lazier members of the national media have uncritically repeated:

A few hypotheses are possible. Firstly, the Census long form decision is not playing well with the public. A voluntary census seems, frankly, senseless to many Canadians. In particular, it seems to have struck a raw nerve with the more educated class who may see this as an assault on the role of experts, professionals, and knowledge. Another hypothesis is that the Liberal Express [ Liberal Leader Ignatieff's National Promotional Tour] may be producing a modest uplift for the Liberals.

One aspect of the poll that was interesting and encouraging related to the New Democratic Party, Canada's political party of choice for radical socialists.

While the NDP's numbers have remained constant, at about the 17% level nationally, the July 28- August 3 results, when broken down by age groups, show the lowest support that party received was from those over 65, at 12.6% and the next-lowest was from voters under 25 years old, at 14%. It's highest, though still  low support, comes from those in the 25-44 age range, at 20.9%

A quote falsely attributed to Winston Churchill ,"If you're not a liberal when you're 20, you have no heart. If
you're not a conservative when you're 40, you have no head." is really a variation of something said by French Premier Georges Clemenceau (1841-1929): "Not to be a socialist at twenty is proof of want of heart; to be one at thirty is proof of want of head."

EKOS' results shows that young Canadians have largely abandoned the moonbeam ideology of some of their parents and are thinking more like their grandparents.
Posted by Richard K at 11:11 AM