Guess who's backing Olivia Chow's as mayor of Toronto? The Muslim Prof who expelled a non-Muslim from her class! pic.twitter.com/2HeHJ65GKr
— Tarek Fatah (@TarekFatah) February 12, 2014 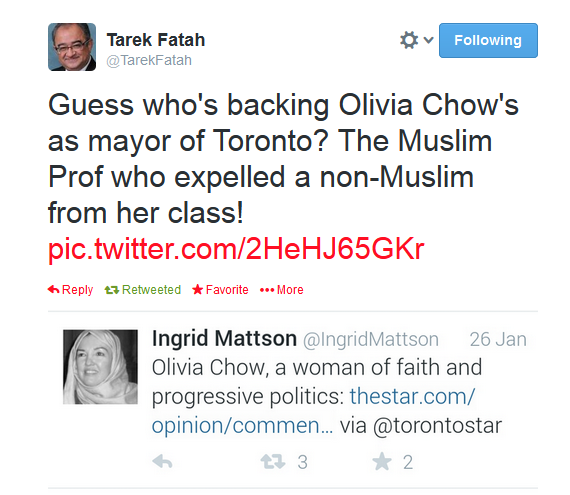 Olivia will have the Islamist vote wrapped up if she's foolish enough to give up her job as MP to take the risk of running for mayor of Toronto. Or maybe not, if she shares her position on Gay Rights with them. It will be one of those "unspoken" matters that the far left like to rely on as they sell out western values to try to buy power.

Below she is attending a demonstration with Khomeinist hatemonger Zafar Bangash: 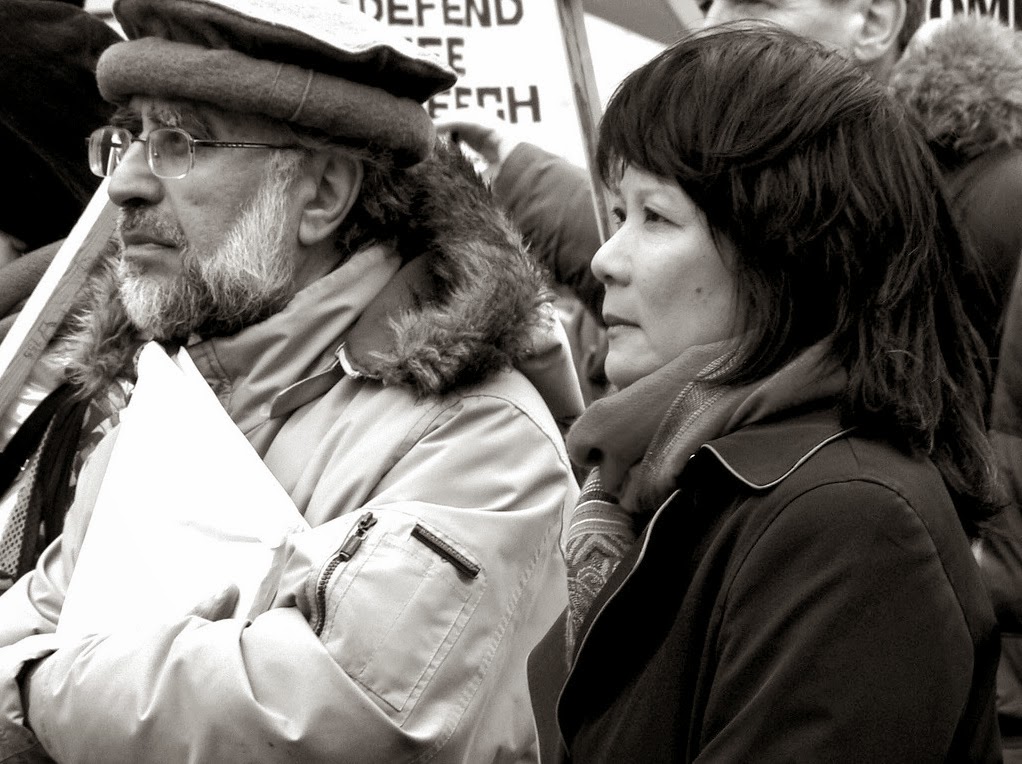