Clinton’s national lead is shrinking. She cannot afford to lose much more 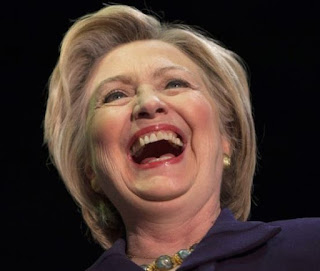 HILLARY CLINTON does not often speak about her religious faith. But on September 8th, the Democratic presidential nominee gave a speech to the National Baptist Convention that was peppered with quotations from the Bible and personal reminiscences: the gruff father who prayed by his bed every night, the mother who taught Sunday school, and Mrs Clinton’s own occasional difficulty obeying the commandment to love. After a few weeks of public silence—Mrs Clinton has been fundraising hard—broken by attacks on Donald Trump, Mrs Clinton appeared to be projecting a warmer, more personal image.

The shift in tone was not a coincidence: Mrs Clinton is dangerously losing ground. This week, as the sprint to November 8th entered its crucial two-month close, a raft of polls showed that the race is tightening. Mrs Clinton now leads Mr Trump in national polls by somewhere between three and five percentage points. In the weeks following the success of the Democratic convention, the failures of Mr Trump’s own show and the many gaffes that followed it, Mrs Clinton led him by eight percentage points. It was perhaps inevitable that Mr Trump would regain some of his lost ground; new revelations about Mrs Clinton’s email habits and the cosy ties between the Department of State when she led it and her family foundation, have helped him. But she cannot afford to lose much more.

One new recent poll, for CNN, even put Mr Trump a few points ahead. That, though, was among “likely voters”; among registered voters Mrs Clinton retained the lead. But the general picture is the same, of candidates who are back to where they were in the early summer. Only now, they have only 59 days to go. Hence the Clinton campaign’s attempt to project a softer image—and of a politician whose every thought does not revolve around the awfulness of her opponent...

New York (CNN)Hillary Clinton told an audience of donors Friday night that half of Donald Trump's supporters fall into "the basket of deplorables," meaning people who are racist, sexist, homophobic or xenophobic.


In an effort to explain the support behind Trump, Clinton went on to describe the rest of Trump supporters as people who are looking for change in any form because of economic anxiety and urged her supporters to empathize with them.
"To just be grossly generalistic, you can put half of Trump supporters into what I call the basket of deplorables," Clinton said. "Right? Racist, sexist, homophobic, xenophobic, Islamaphobic, you name it."... 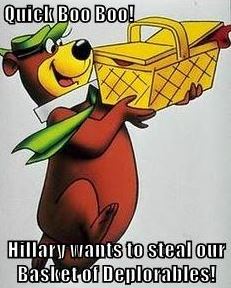