Majority of Canadians say political correctness has “gone too far” 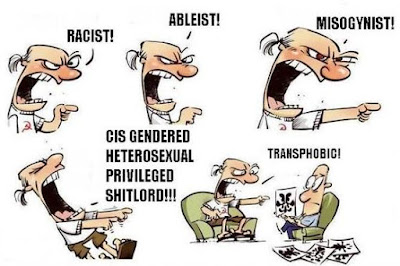 Most Canadians say people are too easily offended

...While Trump’s campaign has, in many ways, been the culmination of years of frustration for those concerned over what they perceive as ‘political correctness gone too far’ (other concerns and views will be canvassed when the Angus Reid Institute profile the U.S. voter in the coming weeks), the Republican nominee has certainly dealt with backlash over his statements. That said, many of his supporters will passionately express that he simply “says what others are afraid to say”.

In this way, Trump acts in opposition to what some call a ‘social justice movement,” which proponents say seeks to minimize exclusionary language and create comfort for marginalised populations by altering the language used and often tacitly accepted by many in every day life.

Examples of this include the CBC de-gendering terms in its 1993 style guide, while the Globe and Mail addressed controversy over the term fisher versus fishermen in its 1998 handbook, to the likely delight of women who work in the industry on Canada’s coasts, who largely prefer the traditional term.

But on which side of the current debate are Canadians? They overwhelmingly say that, in general, people need to get thicker skin rather than curtail language. In fact, fully two-thirds (67%) lean this way...


The results of this poll is making heads melt over at The Globe and Mail
Posted by Richard K at 8:44 AM