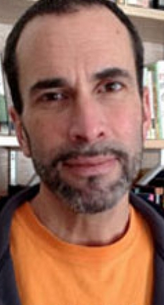 A number of the mediocrities who comprise the bulk of Canada's film and arts community are publicly bemoaning the fate of York University Film Professor John Greyson, who is currently imprisoned in Egypt on charges of aiding the Muslim Brotherhood.

The journalist and film critic Rick McGinnis noted that, "only in English Canada, where we made an industry out of making unwatchable films, would someone like Greyson have the temerity to call himself a filmmaker - and said industry respond in the affirmative."

It's unlikely that many of the people declaring their support for a fellow "filmmaker" could even name one of the horrendously bad excuses for movies that Greyson created, let alone has actually seen one. But there is a good reason that the Canadian film industry's posturing, ill-informed dilettantes who dabble in activism want Greyson back.

I know one director who told me, referring to one of the foremost of Greyson's supporters, "I would rather have hot needles shoved into my eyes than have to watch another Atom Egoyan movie." That critique may be a touch hyperbolic. Having three or four fingernails slowly ripped out would certainly be a more enjoyable use of time than watching another of Egoyan's tedious, plotless exercises in self-indulgence, but the particular torture he mentioned seems excessive. Still, his main point is valid.

In a nutshell, it helps to have inept hacks like Greyson make asinine, interminably tiresome garbage in the guise of "film making" so that the awful, excruciatingly boring movies of someone like an Atom Egoyan or Sarah Polley don't look quite so bad by comparison.

Unless one of the names of either Robert Lantos, Don Carmody, or Martin Katz are on a Canadian film, it is almost assured to be an agonizingly painful experience.

John Greyson may be a pleasant enough person on the self-congratulatory cocktail circuit among the leeches who drain arts grants from Canadian taxpayers to make complete crap that no one wants to see. But the reprehensible goals behind Greyson's so-called activism suggest he is a terrible human being.

Greyson is a Gay man who has devoted immeasurable energy into trying to deligitimize the only country in the middle east that would not persecute him for his sexual orientation. As a prominent part of the vapid, hysterical, anti-Capitalist cretins calling themselves "Queers Against Israeli Apartheid" he has lent tacit support to the misogynistic, homophobic Muslim Brotherhood group Hamas. His aim has been to try to undermine a democratic country that is attempting to defend itself from Islamist fanatics with genocidal aspirations towards Israel.  Greyson has encouraged a boycott of Israel that immediately brings to mind the Nazi-era  boycotts of Jews.

It is ironic that in his pathological detestation of Israel and his efforts to befriend the miscreants in Gaza who would like to destroy the Jewish State, Greyson evidently overlooked that there are people in Egypt who detest the Muslim Brotherhood even more than the Israelis. Now, after years of propagandizing a lie about the oppressiveness of Israel, Greyson is being treated to a mild sample of what "justice" looks like in the Middle East outside of the democratic state he is so intent on demonizing.

This episode explains much of the cowardly hostility towards Israel of which people like Greyson make such a show. They know that despite their lies and propaganda, Israel will always treat them fairly and humanely, and so there is no real risk in their publicity stunts like trying to run through an Israeli naval blockade.

Of course, these ironies will undoubtedly be lost on the many fatuous, untalented blowhards in Canada who define themselves as "artists."

It's unlikely John Greyson had either the courage or the wherewithal to actually engage in the terrorist crimes of which he stands accused in Egypt. Perhaps the Egyptian government just decided to do film fans a favor by locking Greyson in a hole. But whatever the reason for his current predicament, the pompous York professor is likely to be back in Canada soon and feted by the vapid members of the  "arts community" as a "hero."

Nothing could be less true. Greyson is no more a "hero" than he is a "talented filmmaker."
Posted by Richard K at 10:31 AM

I wonder how many of these pampered celebrities are rallying behind the Christians being victimized in Egypt. They are happy to ask for special treatment for one of their own.

And I see Naomi Klein signed the petition. That tells you all you need to know.

Oh, they don't care about the persecution of Christians in Egypt. That would be too distracting from their demented obsession with vilifying Israel. It might even highlight the fact that the evil Zionist entity is the only place in the Middle East where persecution of religious minorities isn't the norm.

If Naomi Klein has one talent, and one is the number I count, it's the uncanny ability to consistently misinterpret facts and arrive at ass-backwards conclusions.

Remember that Sarah Polley openly says that for many years she had been a member of the Ontario Coalition Against Poverty.

That should tell you everything you need to know about her radical politics.

Congratulations Richard, you've just talked yourself out of a job.

Which job would that be, junior?

You must have me confused with one of your friends who relies on public grants.

And only in Canada would Rick McGinnis be referred to as a "journalist."

Said with all the courage of an anonymous Internet troll.