A lesson in how not to be a parent 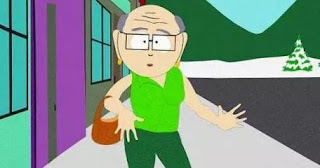 Any parent who thinks their prepubescent child should choose its gender if it doesn't match its biology has some incredibly messed up ideas.

Sex drives are determined by hormones that don't kick in until puberty. Brain scans have demonstrated that make and female brains are different, just as there are many anatomical, physical and behavioral differences between males and females. The differences between males and females exist in every species where sexual reproduction occurs. It is not merely a result of "socialization" no matter how much a Gender Studies professor at OISE would like you to believe it is. If your 5 year old boy wants to be a girl, it's probably because it was raised in a dysfunctional family where a boy choosing to be a girl was rewarded and encouraged with additional attention and approval.

Once a person reaches adulthood and finds that they are happier living the gender to which they were not born, that's a choice they are entitled to make. But kids simply aren't equipped with the mental or physical maturity necessary to make that kind of choice.

I pity the children in this story, especially when in the future they have to contend with the way their parents raised them:

As a baby, Storm Stocker-Witterick drew attention from around the world.

Now, as a 5-year-old, she’s more likely to be getting attention from her parents and siblings.

When the Star first profiled Storm and her family in 2011, they turned heads the world over. Parents Kathy Witterick and David Stocker had decided not to publicly reveal the sex of their third child.

And nearly everyone had an opinion as to why that was right or wrong.

The family endured “vitriolic” criticism, as Kathy puts it, but also gained a much stronger network of support.

The Toronto-based couple wanted to let Storm decide in her own time what gender she wanted to identify with. They didn’t want anyone to assume the sex designated by doctors would match the gender their baby would identify with later...

That obnoxious simpleton, Justice Jody , marched out a child , a ten year old Transitioning child to cement her law..... a 10-year old transitioning child thrown into the public square is vulgar child abuse.
This crass opportunism allowing for the unconscionable is a vile transgressor of the requirement to protect our children. This is unconscionable conduct. There was a time we would shelter our children from the monsters under the bed or those in the 'closet' by cuddling the child in our arms not to foist the child into the public glare. !!!!!! SHAME !!!!!!!!
A death-blow to innocence , this child spoke about her deep worries of transgendered children rape, assault and abuse in KINDER-GARDEN ......... Where to the children play ?
!!!!SHAME on the uber-fanatical left 'progressives' !!!!!
http://www.cbc.ca/news/politic...