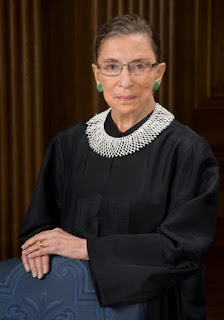 From The Washington Post:
If Spoiler Alerts has had a theme for 2016, it’s been that Donald Trump is massively unfit to be president, and that his campaign has challenged all sorts of norms that have mattered in American politics for quite some time. In other words, Spoiler Alerts thinks that candidate Trump has made America worse again, and a President Trump would make America bankrupt again.
What’s beginning to concern me just as much as Trump, however, is how other figures of authority are responding to him.
For example, there’s been a growing trend of retired generals and admirals weighing in on American politics soon after giving up the uniform. This was an emergent phenomenon after the start of the Iraq War, but, egged on by pundits, it seems to have escalated since then. Over the weekend, we all got to see retired Lt. Gen. Michael Flynn ham-handedly audition for the role of Trump’s vice presidential pick. Nothing precludes retired generals from commenting about politics, but as retired Marine Corps Gen. John Kelly told Foreign Policy’s Molly O’Toole,it erodes an already weakened norm:

To Kelly and many other current and former military, the brass who are weighing in on the 2016 campaign with critiques or endorsements are breaking down a sacred wall between the military and civilian politics that helps maintain the “tell it like it is” integrity of one of the most trusted institutions in the United States.
“It adds to this mistrust issue … if suddenly a guy retires and says, ‘I think this administration is doing all the wrong things for all the wrong reasons,’” he said. The worst thing, Kelly added, would be for a president “to ever think for a second that he’s getting anything but the absolute best military advice, completely devoid of politics.”

This norm has eroded in the military, but it also applies to other elements of the federal government, like the judicial branch. Last week Justice Ruth Bader Ginsburg completely obliterated that particular norm in a wide-ranging interview she gave to the New York Times’ Adam Liptak.

Unless they have a book to sell, Supreme Court justices rarely give interviews. Even then, they diligently avoid political topics. Justice Ruth Bader Ginsburg takes a different approach.
These days, she is making no secret of what she thinks of a certain presidential candidate.
“I can’t imagine what this place would be — I can’t imagine what the country would be — with Donald Trump as our president,” she said. “For the country, it could be four years. For the court, it could be — I don’t even want to contemplate that.”

Also: Bader Ginsburg violated the Code of Conduct for US Judges with her criticism of Trump
Posted by Richard K at 3:35 PM