Lena Dunham Cries in her Sushi

From Last Men on Earth: 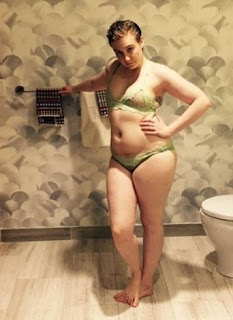 Lena Dunham did an interview with Food & Wine magazine, marking the first time she's been qualified to speak as an authority on any subject. Perhaps they should make her Editor in Chief. She's really overweight. Acting like an annoying privileged twat doesn't make you a feminist. Actually it does, but it shouldn't.
Dunham attended Oberlin College in Ohio, where super spoiled kids go to pose as being compassionate before they move on to cushy corporate jobs and rape the rain-forests. In the interim they get to go through their social justice phase. This doesn't much entail protesting income inequality, climate change, police brutality, corruption on Wall Street, or corporate tax breaks. These whiny assholes are butt hurt about the quality of sushi in the dining halls. If you don't like it you could always walk a few blocks and give it to a homeless person. Just kidding, that would never happen, you only care about yourselves.
According to some living breathing dreg of society and Oberlin student named Tomoyo Joshi:

"The undercooked rice and lack of fresh fish is disrespectful. When you’re cooking a country’s dish for other people, including ones who have never tried the original dish before, you’re also representing the meaning of the dish as well as its culture. So if people not from that heritage take food, modify it and serve it as ‘authentic,’ it is appropriative."

Anyone without a serious psychological disorder would have said 'this sushi sucks' and threw it away. Joshi took the time to write an essay about it in the school newspaper. She's majoring in Gender Sexuality and Feminist Study. While these areas of study don't encompass sushi they more than qualify Joshi to bitch about it because the penultimate prerequisite is being a selfish cunt...
Posted by Richard K at 8:30 PM