Former Ontario Attorney General Michael Bryan's story is a tragedy of remarkable proportions. A evening out with his wife ended with the mangled body of a deeply disturbed bicycle courier on the street of Toronto after a haywire attempt by Bryant to shake the infuriated former mental patient from his convertible. That night was also seemingly the end of what was considered one of the most promising political careers in Canada.

I've met Bryant and his wife a few times. He was my Member of Provincial Parliament, and his wife Susan was a colleague of a very good friend of mine at a law firm. They are both decent, intelligent people.

The tragedy that affected the families of the politician and the courier were unexpected for the former and almost inevitable for the latter. Darcy Allan Sheppard had a history of mental illness from the time he was a child. He had serious addiction problems and earlier in the night he was killed, Sheppard's girlfriend called the police because he had threatened her while he was drunk and belligerent.

There are some people who are upset because tthey think Bryant got an advantageous deal in not having to face trial. It strains credulity to imagine that he did not get preferential treatment because of his connections, influence, affluence and employment of strategic counsel and public relations.

But on the other hand, when one reads decisions based on the Canadian Charter of Rights and Freedoms, a particular phrase comes up over and over: "the administration of justice."

Would it have been likely for Bryant to have been convicted for having killed Sheppard while trying to escape from the enraged, hysterical, intoxicated courier?  Given the evidence that has come out about Sheppard's history of similar violence, it seems that the result of a trial would have seen more than a half a million dollars of public funds spent to end with Bryant's exoneration.

Bryant has just published a memoir detailing the incident. It may be the beginning of a successful process of him trying to rehabilitate his public image. Or enough people people may have made up their minds about him to confound that hope.

Is it fair? What is unfair is that everyone in a similar situation doesn't have the access to the same resources and privileges as Michael Bryant. But that's life. However, despite the tragedy of Sheppard's death and Bryant and his family's unalterable trauma, justice appears to have been done. 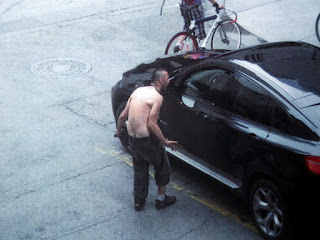 An interesting interview with Bryant on CBC here


These photos of Darcy Allan Sheppard attacking a car in a similar way to the one he had attacked Bryan's were instrumental in the decision not to take his case to trial. 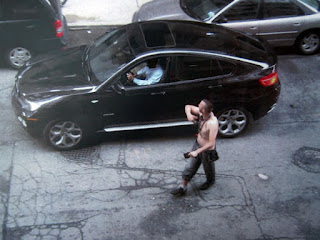 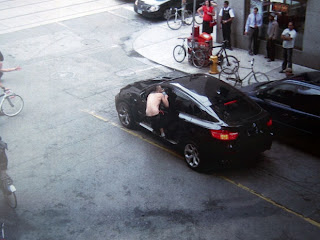