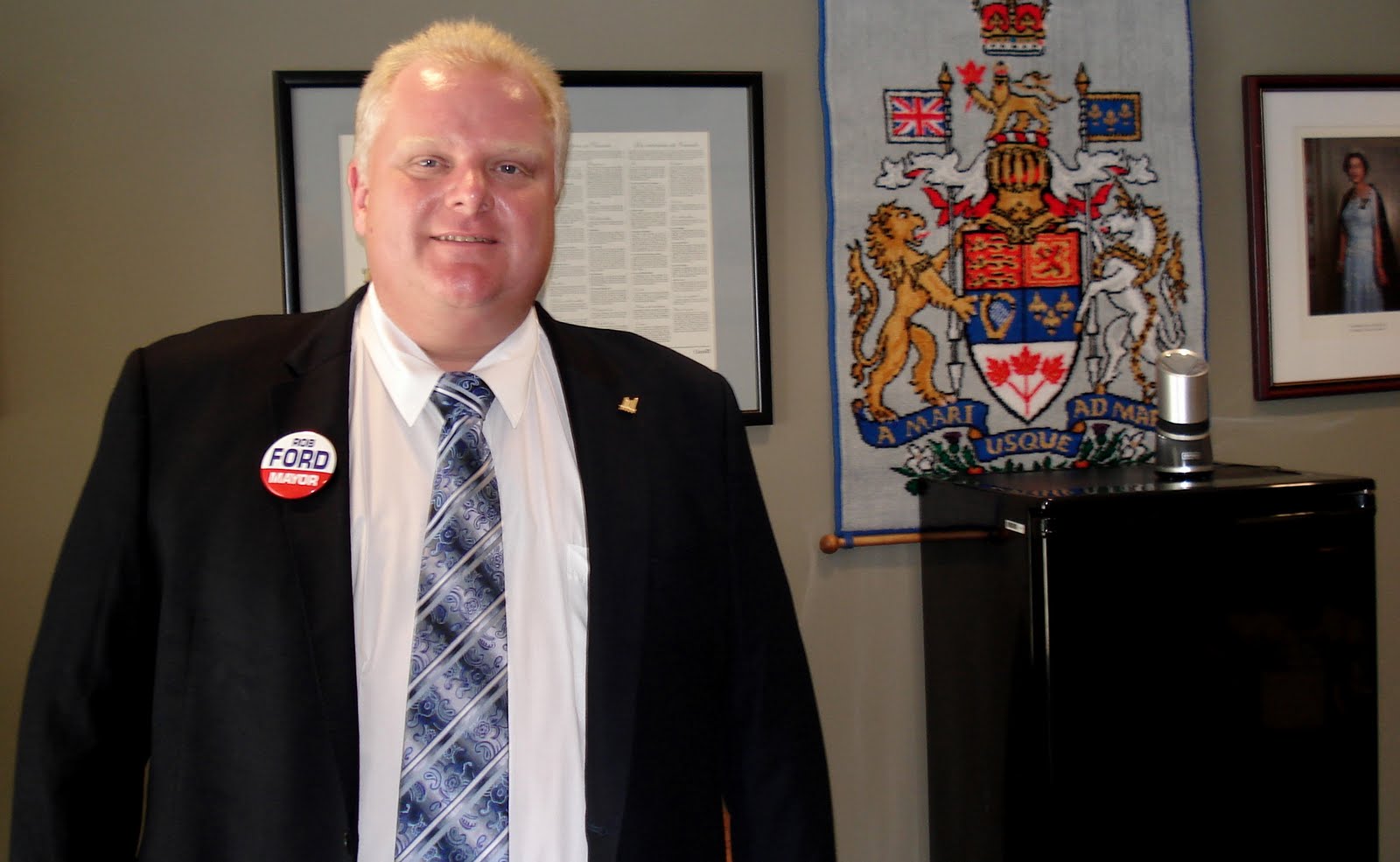 Toronto's mainstream media, those nabobs of self-centered, narcissistic reflection who think that their writing about a city represented by Rob Ford diminishes them, are doing everything they can to paint a false narrative of the current mayoral race. They want Ford to lose and they want people to think Ford can only lose. But the overwhelming audience support for Rob Ford in last night's debate, and the dismal, inept performance by his chief rival Olivia Chow were so obvious that even the media couldn't write off the incumbent mayor's phoenix-like resurgence on the political scene.

Olivia Chow's blathering out mean-spirited attacks in broken-English and bumbling attempts at explaining idiotic policy proposals made it apparent that she is going to have to rely on the absentee votes from China she is desperately soliciting if she is to have any chance at winning the October election. It's telling that Chow had to go all the way to China to get those votes, because her support in the Chinese-Canadian community that live here is fairly low. That's totally understandable, since they did not emigrate from a communist country to want to live under the socialist policies that Chow adores and that most first generation Chinese-Canadians worked so hard to escape.

Though she was consistently booed by the audience, the media characterized Olivia Chow's attacks as "strong." I've met enough of Toronto's vacuous mainstream media to assume that probably means they consulted a thesaurus and found out "strong" is a synonym for "pungent," since that latter word is the only accurate way to describe Chow's performance last night.

As local media broadcast 'highlights' from the debate last night, they did what they could to bolster Chow, abruptly cutting off segments when she spoke the millisecond she completed her last word in a sentence. They did that so the television audience couldn't get to hear the resounding boos for Chow from the crowd. That's the level of 'unbiased reporting' we're seeing from Toronto's mainstream broadcast and print media in this municipal election.

The other candidates on stage were little more than window dressing. John Tory, David Socknaki and Karen Stintz have the combined charismatic appeal of a dead squirrel that has been run over by a Mack truck. But all of Ford's other rivals still outshone Chairman Chow. That reflects her lack of magnetism in her routine public appearances. While Ford can't take ten steps in public without getting mobbed like a rock star, Chow is regularly ignored by the average person despite her best efforts to engage people. She neither relates well to, nor communicates well with the common voter.

Chow was frequently jeered by the audience, and with good reason. Her lengthy political career is a long history of delivering nothing at great expense to the public purse. An open secret in Toronto's political circles, even among Chow's friends, is that she is not very intelligent and is an incompetent.

When it comes to real strength, Ford's was in evidence with his populist appeal and ability to stick to his messages of delivering results and serving his constituents. Though Ford may not be polling high at the moment, he has been absent from the campaign for the last two months and there is a veritable lifetime in political terms until voting day.  It's the people who vote and not the media who will decide who is elected mayor, and Ford's mass appeal could easily turn things around very quickly and put him back on top.

And if for no other reason than to watch the pompous elitists in the media blow a gasket, that would truly be a wondrous thing to see.