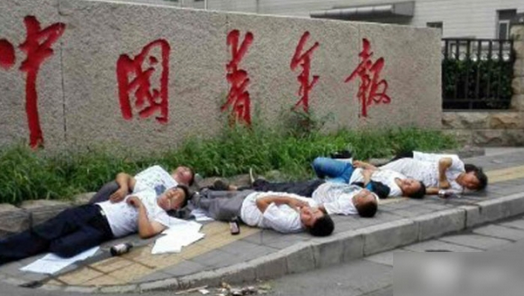 Petitioners from Jiangsu province reportedly drink pesticide because the government underpaid them for their houses and land
Seven people attempted suicide by drinking liquid outside the gate of China Youth Daily on Wednesday morning, the newspaper said on its Sina Weibo account.
Pictures on Weibo showed five men and two women lying on the pavement outside the gate. A stream of white foam could clearly be seen running out of one man’s mouth in the pictures.
All seven were taken to hospital, and police was now investigating the case,China Youth Daily posted.