First it was the Shark that Egyptians claimed was a Mossad agent eating people in the Red Sea.


Then came the Mossad Vulture. The Saudis arrested a vulture with a tracking collar as part of an avian migration study. The collar read "Tel Aviv University." Because as we all know, good spies wear collars identifying their country of origin. 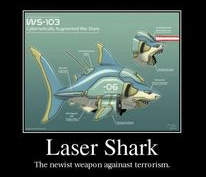 Iran, never to be outdone in stupidity and paranoia by anyone, has just arrested 14 squirrels. Yup. You heard right. Squirrels.

"In recent weeks, intelligence operatives have arrested 14 squirrels within Iran's borders," state-sponsored news agency IRNA reported. "The squirrels were carrying spy gear of foreign agencies, and were stopped before they could act, thanks to the alertness of our intelligence services." 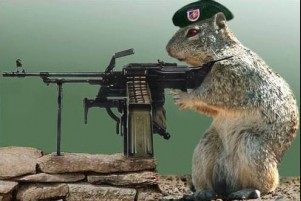 And these people are about to put a nuclear reactor online? News like this makes me wish John McCain had won the 2008 election.