rabble.ca is the radical left website founded by Judy Rebick, who no doubt has ingratiated herself to her wretched Marxist pals by her denunciations of the middle east's only liberal democracy as an "apartheid state" and gets double progressive bonus points in the process for being an Israel-hating Jew.

A supposed home for anti-oppression, anti-racist activists, the rabble talk forums are pretty Orwellian in their approach to free speech. Users who criticize unions (who keep rabble.ca afloat with large disbursements) or political Islam, or are too forward in their praise of "the Zionist entity," or use "sexist" terminology are given the boot post haste.

But in keeping with the current trend, hating Jews and saying so is super cool as you can see from some of their user forum comments below.

We're seeing a lot more of this from the far left, where they don't even pretend it's about Israel anymore, it's just about hating Jews.

Welcome to the future if the party of the spouse of the publisher of rabble.ca ever gets into power.

(click comments below to enlarge or links to direct source) 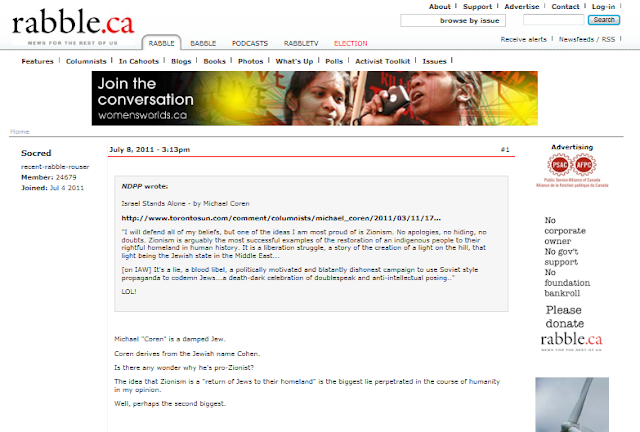 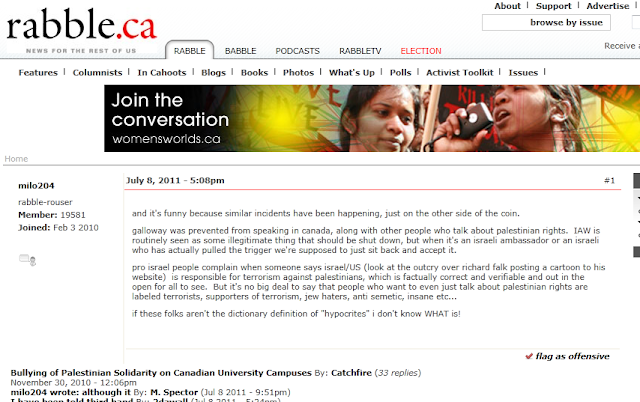